From today until the 20th of May 6:59am UTC, you will be able to summon for younger variants of Heroes from Mystery of the Emblem, including Marth, Caeda, Merric, and Palla. 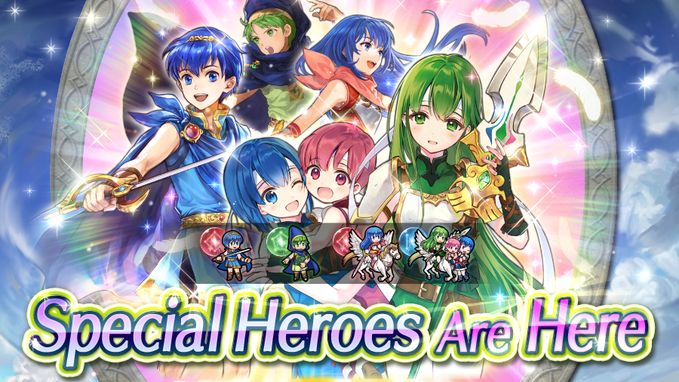 Marth is a special case since he also has an increased chance to show up in the 4-Star pool. Summoning a 4-Star young Marth will not reset your focus appearance rate.

Palla is a Duo Hero (accompanied by her two younger sisters Est and Catria) whose Duo Power gives +1 movement to herself and any adjacent flying allies for that turn. What’s more, the Duo Skill becomes usable on every odd-numbered turn even if it has already been used. For example, you can use the Duo Power on turn 1 or 2, and at the start of turn 3, it will be ready to use once again. There is no limit to the number of times it can be activated.

Alongside the new banner is a new Paralogue chapter featuring the Special Heroes. You can earn up to 12 Orbs by completing all 3 difficulties along with the additional lunatic quests.

Tomorrow, a Tempest Trials+ event begins in which you can pick up two copies of axe-flier young Minerva, along with Spd Tactic and Sturdy Stance Sacred Seals.