Today’s Fire Emblem Heroes update brings us to version 4.5.0! It’s not so comprehensive as previous monthly updates, but there are still some interesting things to look forward to!

A brief overview of what’s in store:

You can click on “Read more” below to read up on the particular details of a few of the above points.

You may now purchase accessories for your Heroes using R&R Affinity. 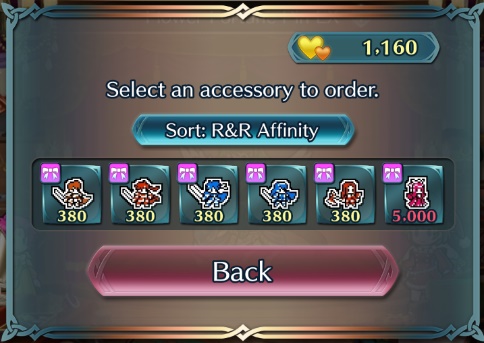 Currently available are 8-Bit versions of Leif, Roy, Ike, Lucina, and Edelgard for a reasonable 380 R&R each, and Veronica for a feisty 5,000 R&R.

Truly, only the most devoted accessory collectors and Veronica fans will be crazy enough to even attempt saving for this, especially since growing 10 Dragonflowers a week costs 120 R&R. We get a flat 60 R&R a week plus 10 R&R a day (130 a week). It would take about 39 weeks to get 5,000 R&R from 0 if you stopped growing Dragonflowers.

Next up, the next month’s limited-time Combat Manuals/red toilet paper (Ephemera 5) are now released. You can see who is available in the graphic below.

The 5-Star options this month are Bridal Ninian and Bridal Cordelia. Ninian has Chill Atk 3, while Cordelia doesn’t have any particular skill worth 300 red papers. You’re probably better off using the 300 papers towards the likes of Sothe and Mercedes, unless you’re like me and would like the extra merge.

This month’s refines have also become available. The refines are as follows: 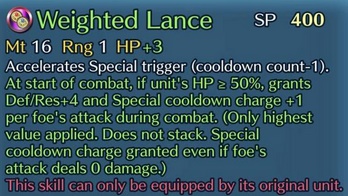 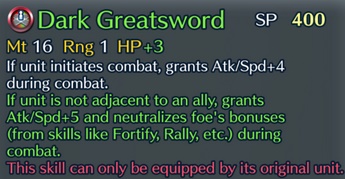 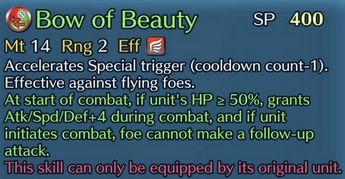 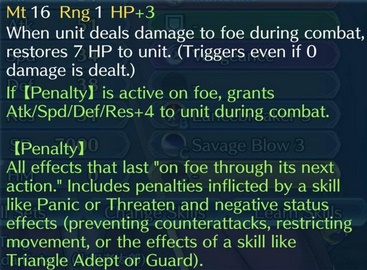 Source of the above screenshots can be found here.

Arena Assault has undergone a couple of Quality of Life changes. The first is the suspend feature. You may suspend your run after completing a map, but before you select a difficulty/opponent.

During suspension, you may change skills and swap seals, then resume your AA run with these changes having been applied. A generous improvement, allowing you to switch your Seals around such as Quick Riposte 3 even after you’ve used them once.

The Fortifying Horn and Naga’s Tear items now grant +6 to all stats, as opposed to +3.

Earn 3-Star copies of OG Roy, Lilina, and Cecilia as well as up to 6 Orbs for completing quests using these three units.