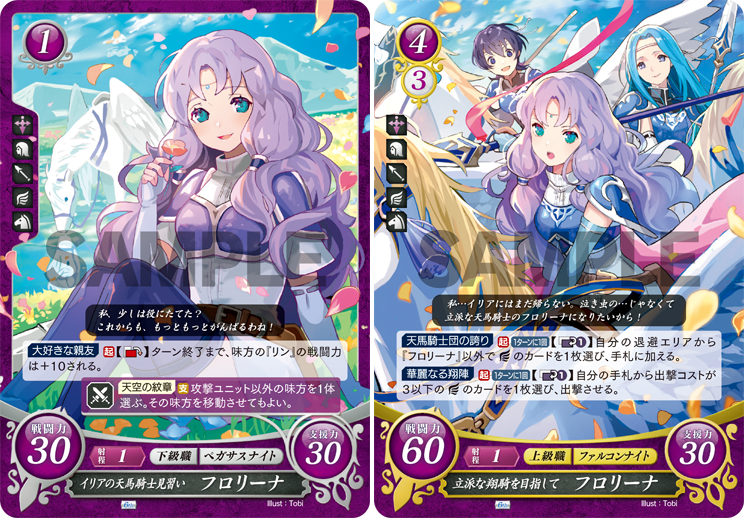 The first day introduced cards of Florina from The Blazing Blade. From an apprentice pegasus knight who grows through her travels with Lyn to an experienced flier equal to her sisters Fiora and Farina, Florina is captured through Cipher once more as a Rare card by the artist Tobi. 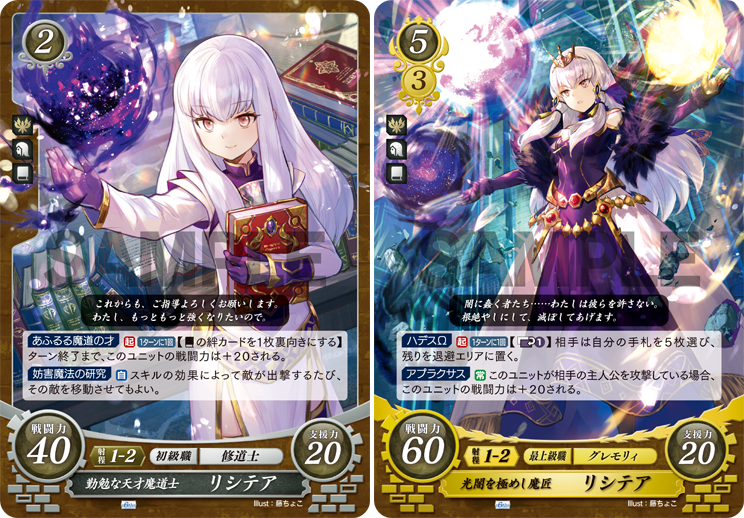 Next, we got a look at new cards of Lysithea from Three Houses, who takes on the Master Class of Gremory for her Rare card. Avid followers will know it’s been a long time coming since we first saw a new Lysithea on a card sleeve.

Other Three Houses characters are becoming Master Classes too (like Lorenz as a Dark Knight), so it makes sense to have Lysithea appear as the Gremory. Think you can guess who will be our Great Knight, Bow Knight, and War Master before next week? 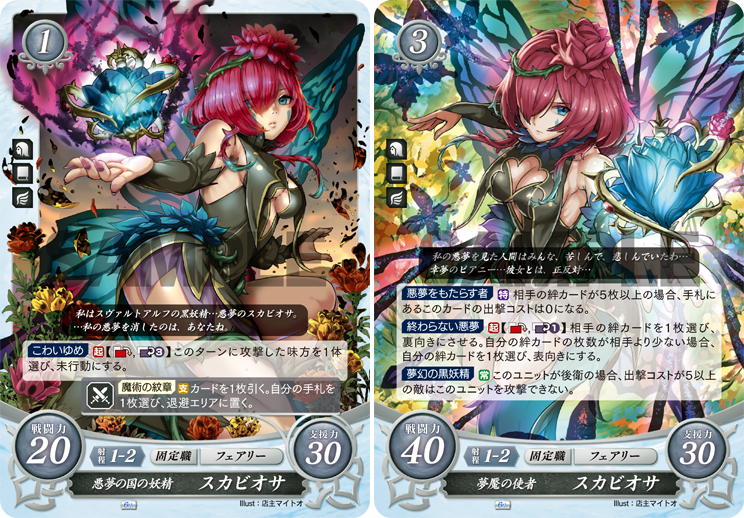 Following that, we were shown new cards of Triandra from Heroes. An antagonist in the ongoing Book IV story, she and Plumeria have invaded the Cipher card game! We can see that Triandra is being printed as a Rare card, so it might be possible that Plumeria will be as well. 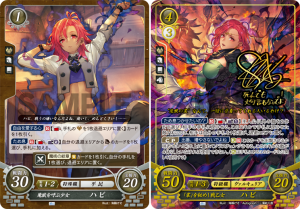 Afterwards, new cards were revealed of Hapi from Three Houses. Her late reveal among the Ashen Wolves has proven its worth, as she turns out to be one of the Super Rare cards of the set, with the Plus variant digitally autographed by Sachika Misawa, her Japanese voice actress. 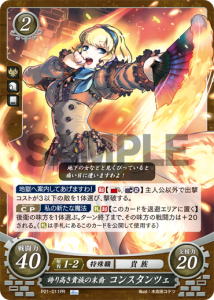 You can order your own copy of the print magazine with the bundled card online via Amazon JP, which ships internationally. 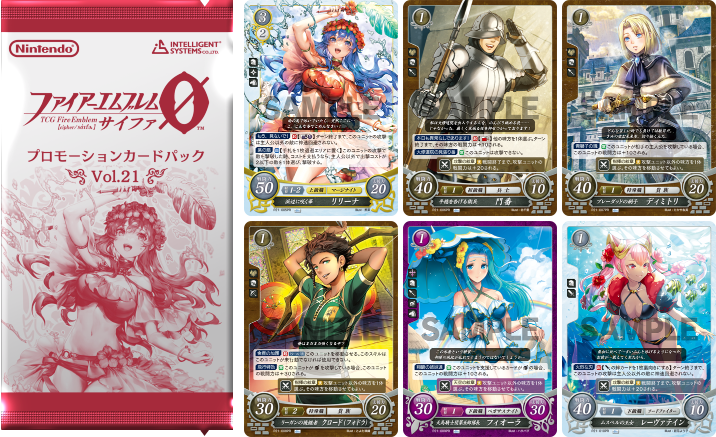 Here’s a quick reminder that from July onward, card shops across Japan participating in officially sanctioned organized play will begin distributing Promotional Card Pack Vol. 21, containing exclusive promo cards, to any players who take part in their tourneys, along with an assortment of special marker cards. Further specific details about when and where these will be happening have recently been posted on the official site. 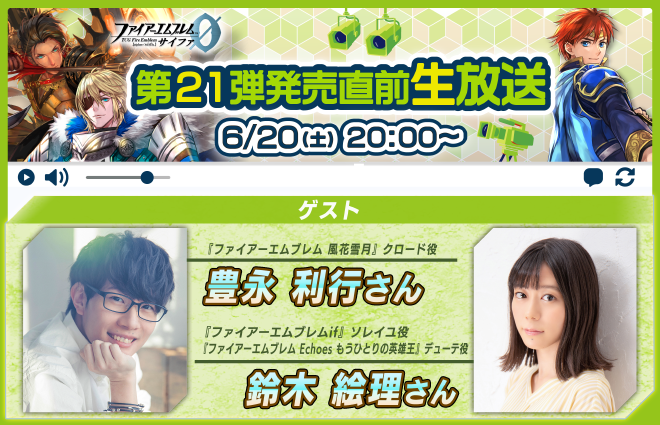 The time draws near. Catch the next episode of FE Cipher’s two-hour livestream program on Saturday, June 20th at 4:00 AM Pacific for more news on the TCG via YouTube or NicoNico.

Here’s where Cipher producer Ryota Kawade and Kubocchan from Intelligent Systems will be sharing more updates, together with Eri Suzuki (voice of Emma from Cipher, Soleil from Fates, and Delthea from Echoes) and special guest Toshiyuki Toyonaga (voice of Claude from Three Houses). Look forward to our report after the show!

That’s all for this week’s recap! We have a big week ahead of us with the pre-release livestream and the launch of the booster on Thursday, so look forward to our recap of the show and forthcoming release.