Welcome to a new installment of our weekly recap series of Series 22 of Fire Emblem Cipher. Launching as a new booster expansion dubbed The Heroes’ Paean, this all-star set serves as conclusion to the Japanese trading card game’s five-year run.

In the weeks leading up to its October 1st release, the official Twitter account, @FEcipher, is revealing the latest cards each weekday, and we’ll be looking over them together as an overview of what’s to come! 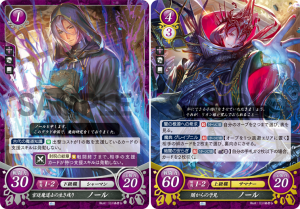 The first day introduced cards of Knoll, a court mage of the Grado Empire from The Sacred Stones. In an awry plan with Prince Lyon to prevent a devastating future, Knoll was branded a traitor and to be executed, but is able to fulfill his liege’s vision thanks to being saved by Prince Ephraim. Appearing in the Summoner class, Knoll will debut in Cipher at long last as one of the Rare cards of the set. 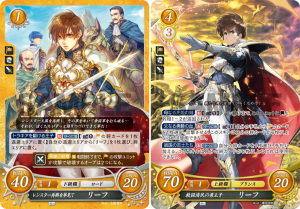 Next, a look was given at cards of Leif from Thracia 776, another member of the Super Rare cards designed to appear alongside each other, forming an ultimate ensemble of Fire Emblem legends. His mission to see his homeland restored fulfilled thanks to the aid of his advisors and more, Leif becomes renowned as the Sage-Lord. 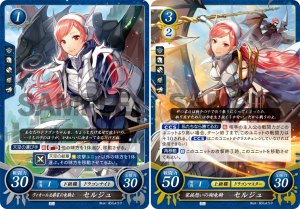 Following that, we were presented with new cards of Cherche from Awakening. Hailing from her lost country of Rosanne on the continent of Valm, she serves in House Virion’s name in matters both domestic and martial with her beloved wyvern Minerva and future son Gerome. Both cards of Cherche were drawn by the artist Yoko Matsurika, a veteran Cipher contributor.

Afterwards, a card of Kronya from Three Houses was shared, serving as another Rare card which can be pulled in the booster. A member of those who slither in the dark, Kronya successfully infiltrates the Officers Academy by way of shapeshifting and deception, and is known to be sadistic in her assassinative tasks. 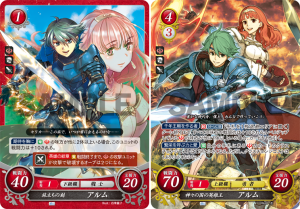 Lastly, cards of Alm from Gaiden and Echoes: Shadows of Valentia were showcased, further fleshing out the array of heroic Super Rares. The village youth embarks on a journey with hope in his heart he’ll meet with Celica again, and by the end the duo bring forth a new era of prosperity for all Valentia. 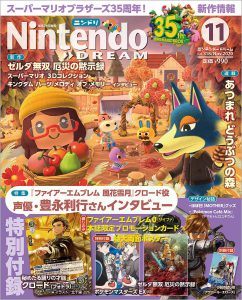 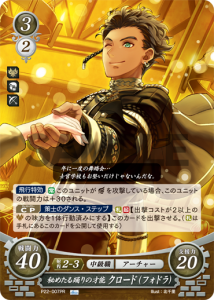 There’s not much in the way of miscellaneous Cipher updates this week, but we were able to learn of a small update with regards to the upcoming promotional card of Claude from Three Houses which comes bundled with this month’s Nintendo Dream magazine. We now know what the issue’s cover actually looks like, which appears to confirm that the typical quantity of two copies of the card will come included.

Remember that you can order your own copy of the print magazine’s issue with the bundled card online via Amazon JP, which ships internationally. It will hit wherever the magazine is sold starting September 19th. By then, we expect the official Cipher Twitter account to post about it, so you’ll likely hear from us about this again next week!

Readers of this issue can also enjoy an exclusive interview with Claude’s Japanese voice actor, Toshiyuki Toyonaga, within its pages.

That’s all for this week’s recap! Check back with us next week for another round-up of Cipher news.