Notes: This section covers the latest and hottest information for the game. Don’t forget to check the pages under the “Details” section on the front page for more information! 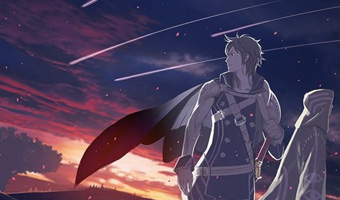 Nintendo is offering a Fire Emblem: Awakening “music selection” CD, containing 20 songs (for a duration of 64 minutes), as a Club Nintendo reward for 400 points. People who’ve purchased a copy of Awakening can register their copy by 21st October to purchase the CD for a discounted 250 points.

Additionally, to complete yesterday’s video, a detailed class list has been added. For details, please check the Classes page.

Awakening received a 9/9/9/9 (36/40) score from Famitsu, making it one of the highest rated Fire Emblem games, tied with Mystery of the Emblem and Sword of Seals. What did the reviewers have to say?

“The basics are the same, but a lot of refinements have been made, so the game feels fresh to play. The Dual system, which lets nearby characters provide support in battle, enhances the game’s strategic aspect and is a nice touch. Long-time fans will love the large amount of content and the communication features further prolong the game’s life.”

“The Double system, which allows two characters to combine as a pair, greatly increases the strategic aspect. Support relationships between units grow as they become closer, but there’s also room for self-imposed challenges. You can enjoy the game fine without worrying about details regarding battles and movement.”

“The story is straightforward and easy to understand. Beginners and advanced players can customise the difficulty, to create a pleasant playing experience. The gameplay is easy to pick up and there’s no stress at all. The Dual system makes the relationships between allies more fun.”

(Thanks to TheEnd for clarifying some key points.)

Today’s focus is on unit classes. Further details can be found in the Classes page. 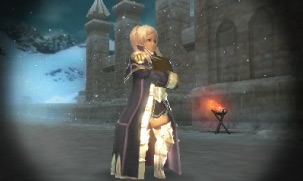 The first set of paid downloadable content, allows players to recruit “Marth from Another World” upon completion of the map. It will be available from the game’s release date of 19th April 2012 and can be purchased for free until 31st May 2012—afterwards, it will cost 300 Yen. Senri Kita, the character illustrator for Path of Radiance and Radiant Dawn, provides a new piece of artwork for this alternate universe Marth.

Just a new character profile, of an important villain.

From the official site:

On the Famitsu side of things:

Finally, as promised, the second part of the Iwata Asks interview was added to the official site.

Fresh from the official site: 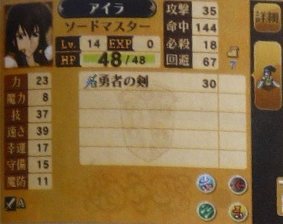 On the Famitsu side of things: 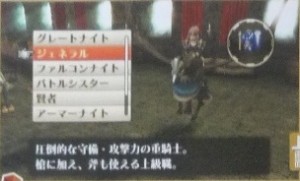 Meanwhile, the official site has updated with a video showcasing the game’s story and animation, the first part of an “Iwata Asks” interview and two new Nintendo points card designs (technically only one of them is new, since the other was already revealed during Nintendo Direct).

The next part of the interview is scheduled to be added during the first week of April.

On the official site side of things: 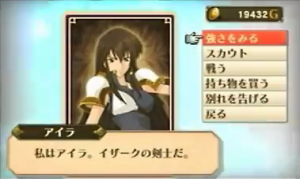 The latest issue of Jump confirms that the mysterious masked character is Marth, the main character of Shadow Dragon and Mystery of the Emblem, or at least that’s who he claims to be.

People across the lands are being attacked by undead soldiers who spawn from floating magic circles. Krom finds himself in a tricky battle with the demonic foes, but is rescued by a mysterious swordsman who purports to be Marth. Could he really be the Marth?

To the west of Iris lies the nation of Perezia, where the followers of the Evil Dragon and Iris’s sworn enemy, the Gimle Cult, have gathered, leading to increasing tension between the two nations. The militant nation of Feria is located north of both Perezia and Iris. Across the ocean, to the far west is a mystery continent, which bears an uncanny resemblance to the continent of Barensia from Gaiden.

Nintendo hasn’t officially mentioned any details about the game’s Communication functions, but it seems Game Star, a Japanese retailer, knows a few things that we don’t.

I probably wouldn’t put down this info as 100% confirmed just yet and it’s all extremely vague anyway, but here you go: 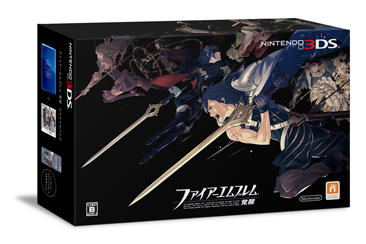 Looking closely at the game’s logo, a piece of English text can be seen:

“Two sleeping dragons—one a sacred ally of mankind, the other its sworn destroyer. Two heroes marked with the symbols of the dragons. Their meeting heralds the dragons’ awakening—and the world’s ending.”

This text seems to hint at the importance of the “Awakening” phrase in the game’s title, as well as the mysterious mark on Krom’s arm. Additionally, the story about the two dragons sounds suspiciously similar to something from Archanean lore, although Intelligent Systems does have a history of reusing ideas from previous FE stories.