The Berwick Alliance, housed in the centre of the Kingdom of Veria, clashed with the Raze Empire at the country’s borders. Veria’s King Mordias IV fought against the imperial forces, but died heroically in battle. The Verian forces, defeated by the superior imperial soldiers, retreated to the Narvia region, along with their surviving Prince and Princess. Each passing day, the lands before Narvia fall to the Empire and a resistance force begins to grow at Narvia. Meanwhile, Reese, the young Lord of the poor Sinon region, heads to Narvia to assist the new King and the story begins.

The game’s full name is TearRing Saga series: Berwick Saga: Lazberia Chronicle Chapter 174. Despite being in the same series, it has no direct connection to the first TearRing Saga. By its own merits, this game was surprisingly good and a refreshingly different type of strategy RPG. Unlike the previous game, there were much less similarities to Fire Emblem, although they both still share the same genre and setting. While it was released on the Playstation 2, the visuals are fairly basic and, unlike Path of Radiance, completely 2D. However what really matters is the gameplay, which is solid and rewardingly complex.

Battle maps are comprised of hexagonal tiles instead of square-based tiles. This setup makes it easier for units to travel diagonally, but also makes it harder to protect character, as they can be attacked from two more sides than usual. 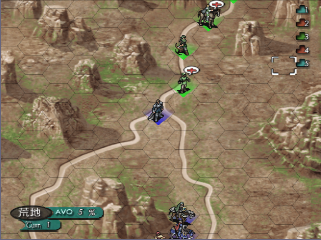 Each turn, the control of units continuously alternates between the player and the computer. The more units a side has, the more units they can move before control swaps. Sometimes control feels a little random, but it adds to the challenge and helps to make the gameplay more fast-paced and involved.

There are a total of 80 Skills in this game, with less based on existing Fire Emblem ones. In particular, there are less Skills that rely on activation rates and, instead, more command-based or always-active ones. Also, some command-based Skills can only be used during specific turn intervals.

As well as traditional swords, lances and axes, there are a variety of new weapon types, including Knives, Blades, Maces, Forks and Crossbows. Fire, Thunder and Wind magic remain. However, the new Holy magic category encompasses both healing and offensive light-based magic, while Dark magic now includes both status-afflicting and offensive dark-based magic. Unlike the other games, there is no weapon triangle.

Permanent Saves during battle can be made, but only once every five turns. When the time to save comes, players are prompted to save at the beginning of that turn.

The horses that some characters ride have their own HP and die if they take too much damage. Players can buy or sell horses, and there are several types of horses, with some breeds granting statistical bonuses to their rider. 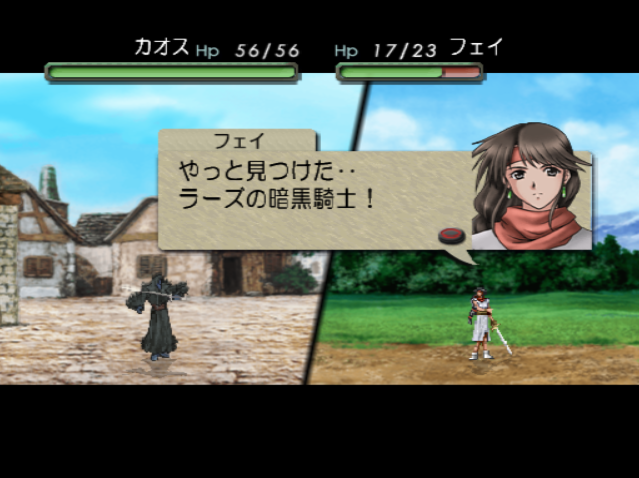 The game is split into 15 chapters, which are further divided into one compulsory story-based mission and usually two optional missions.

This feature is a bit similar to the Castle system in Genealogy of the Holy War. Outside of battles, players can choose to visit specific locations in the city of Narvia, including an armoury, church and cantine. Many events, such as to recruit mercenaries, can be triggered around the city as well. Naturally, players are also able to manage their characters and items here.

In each chapter, players can recruit mercenary characters to fight for them for the chapter’s duration. All mercenaries can potentially be permanently recruited, with most requiring a certain amount of affection points before joining, while others require following a series of events.