Archive for Fire Emblem if

Fire Emblem if has finally been announced with its own release date for South Korea. 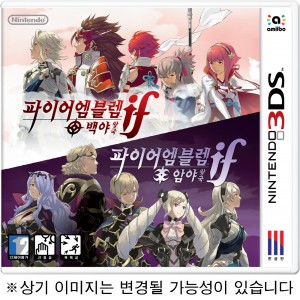 Interestingly, both routes are in a single cartridge, and Revelations route will be available in the Nintendo eShop in near future. Its price is 69,000 won which is approximately $60 USD. No other information about a Special Edition exists thus far.

Yep! DLC has hit the stage, and in more ways than one.

Japan’s next wave of DLC, Halloween Scramble, has been released. Much like the earlier Summer Scramble beach party DLC, this one features some spiffy themed official character artwork. 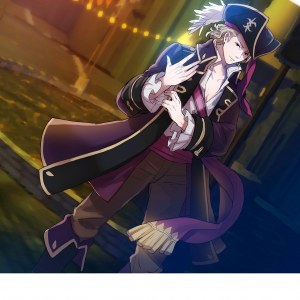 Here you can see Xander’s official CG in costume. Also, you can find one for Camilla, Leo, Oboro, Setsuna and Tsubaki.

In addition, a few dozen unique support conversations exists between your units. A full list of units that have special supports with each other can be found here. Translations are coming in fast, and can be found in our Halloween DLC Scramble thread.

Nohrian Festival of Bonds is available for 250 Yen to users with a Japanese 3DS and game(s).

Credit for Screenshots to SciresM for FEAT and gdkchan for Ohana3DS

Japanese Tweets Suggest How to Fill Your Shelves

Japan has had Fire Emblem if on shelves for months now. It’s only fitting that a discount would climb out from the woodwork.

Nintendo recently posted a tweet, advertising a 50% discount on purchase of additional routes until February 29. This applies to all three, so if you own the Japanese version of one, you can complete your Fire Emblem scenario collection without too much of a dent to your wallet. 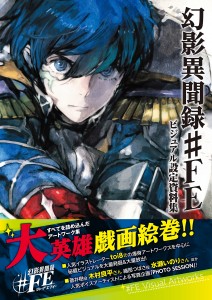 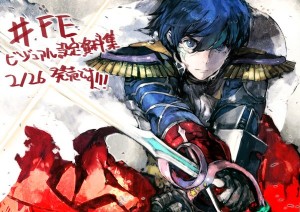 This artbook is set to release on February 26, for ¥ 3,780. You can pre-order it on Amazon Japan, or on Kadokawa

So, you’ve studied all that there is to know for the upcoming Fire Emblem Fates release in the US, and have pioneered the anticipated “waifu wars”. You’ve picked your side, and are fully prepared to fight for what you believe is right. You’ve managed to score your pre-order on the collector’s edition packs, or at least got your hands on the game that you wanted more, possibly due to the hype or maybe just planned to import the Japanese version to play the game early. Well great, you’ve got the game. There is more to Fire Emblem Fates than just the triad of games to beat, and we may as well take a moment to understand all of the different goodies available to the public, as well as how they impact not only the franchise, but other games as well.