The final dungeon; it needs little explanation. Once you enter, you cannot leave (during the story anyway), so make sure you are prepared. 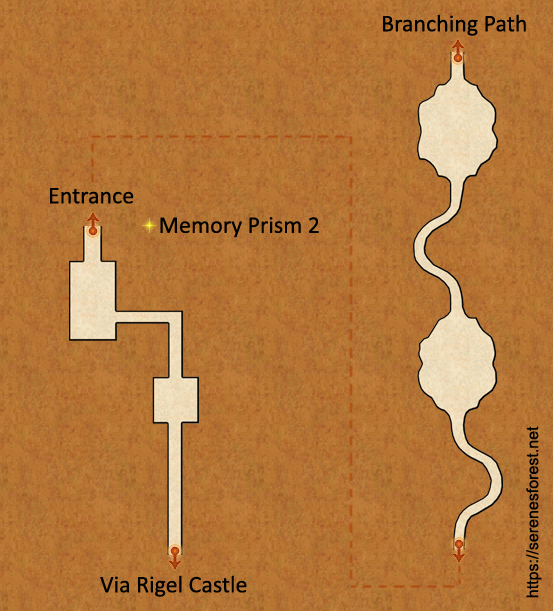 The very first area up until the actual Entrance is completely empty. Since the Entrance counts as a base/village, you can save your game there. 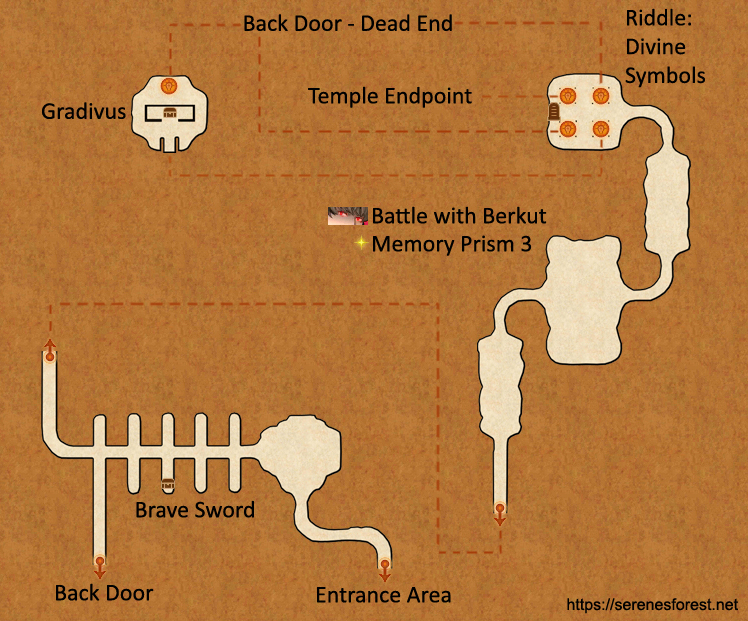 After going north, near the middle of the next area, you will be forced to battle Berkut for the last time. Once you’ve defeated him, there will be a Memory Prism in front of you that can be hard to see depending on the lighting.

At the end of this path are four warp circles. The stone tablet tells you to visit the circles that display the Divine Symbols. In other words, Alm and Celica’s Brands. The one with the flower leads to Gradivus, while the one with the cross takes you further in. 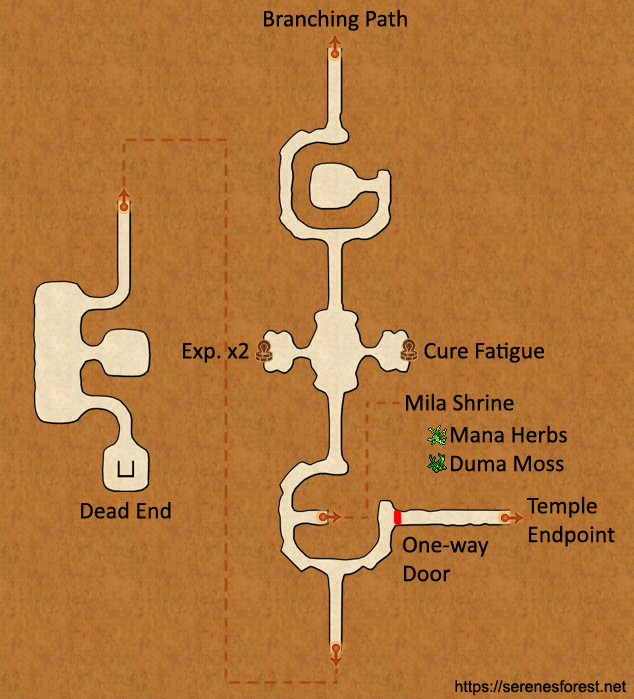 If you picked up the Gradivus or went through an incorrect warp circle, you will end up south from the branching path. About halfway along, there’s a door that leads to the end of the temple, but it only opens from the east side.

Nearby, there is a Mila Shrine, which you can use to save your game or offer a provision to restore fatigue and/or repair Mila’s Turnwheel. If you’re stingy with provisions, there is also a spring not too far that replenishes fatigue for free. 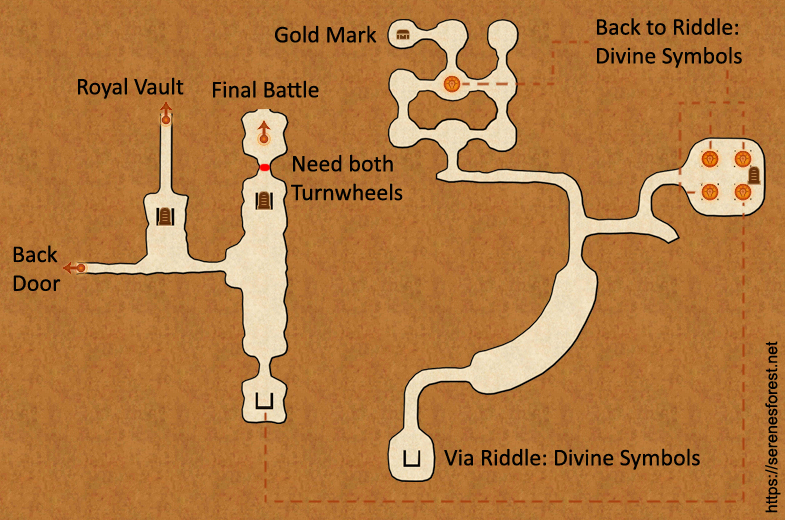 The final battle is within sight! Towards the north-east, there is another riddle to stump you. Simply enter the warp circle where the lion’s tail on the floor is touching. Pick the wrong warp circle and you’ll return back to the previous area.

By the way, the door to the final battle counts as a base/village, so you can save your game there. 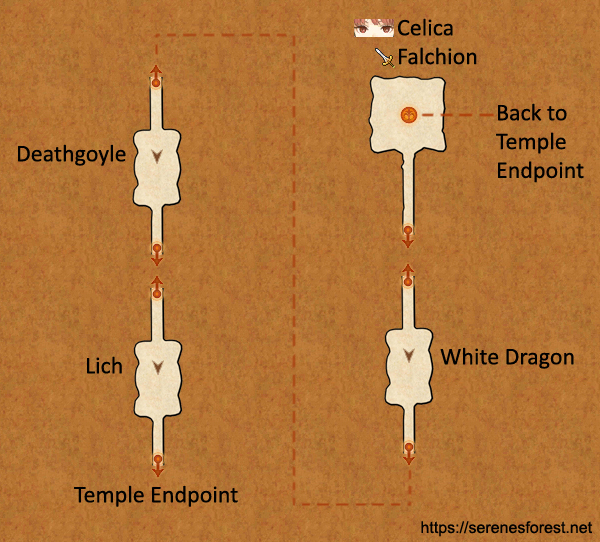 This is a mini-gauntlet accessible to members of the Rigelian or Zofian royal family only. During your first visit, only Alm can enter. At the end, there is a warp circle that conveniently takes you back to the final area.