On the surface, Echoes looks similar to previous Fire Emblem games on the 3DS. While the core gameplay is still classic Fire Emblem, deep down Echoes is extremely faithful to its source material, Gaiden, moreso than other remakes. 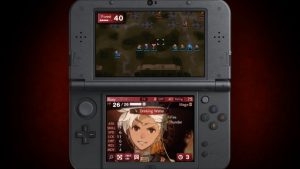 Being a remake of a 15 year old game means that some modern features such as Pair Up have been thrown out the window. Not only that, but you can say “goodbye” to the weapon triangle, since that wasn’t invented until 2 games later.

Before you become too concerned that the gameplay won’t be gripping, there are other strategies you can wield. For one, terrain effects have a bigger effect here than in other games, eg. sitting in a forest will boost a unit’s Avoid by 40 points. 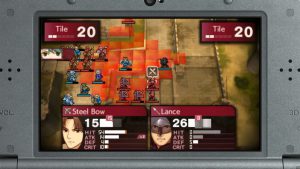 Archers and other bow users often have a poor reputation due to their ranged combat, which restricts their usefulness during enemy phases. Here, they’re an immense threat on the battlefield and should never be taken lightly.

Not only can bow users attack from close range, they can even attack from up to 5 spaces, depending on their class and what bow they’re wielding. Flying units and squishy units in general will need to be extra careful. 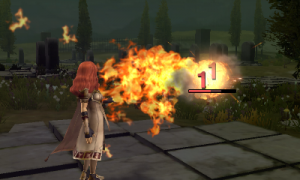 Magic users in Valentia haven’t invented magic tomes or sacred staves yet, so they instead cast magic by sacrificing their own life force. Each cast of a magic spell consumes some HP from the user, the amount depending on the potency of the spell.

What this means is that you can’t go around casting spells willy-nilly; you need to watch your mages’ HP in case they get attacked by an enemy when weak. Despite this flaw, magic is great to have since it hits hard and bypasses enemy terrain effects. 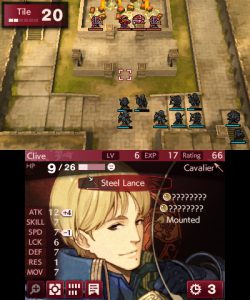 Valentians are practical people who only carry one item at a given time. This applies to weapons, equipment and provisions. Meaning if you carry a provision, you won’t have space for a weapon or equipment.

Characters without an equipped weapon don’t fight unarmed though, as they’ll carry a default weapon that offers no Attack bonus. Magic users don’t have to worry, but physical attackers will need to choose between offense or alternative benefits. 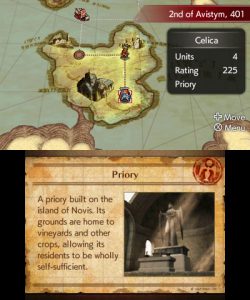 For some, it can be hard to believe that the world map feature made popular in Awakening and Fates etc. did not use to be a series staple. In fact, it debuted in Gaiden of all places and only appears in 5 out of 15 games.

In any case, the implementation is just like you would expect. Outside of battles, you can traverse the world map of Valentia, choosing to enter compulsory story battles or optional skirmishes. On top of that, there are villages and dungeons to visit. 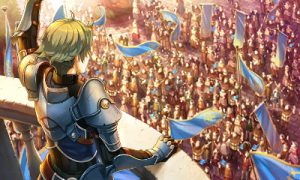 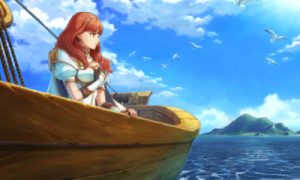 Long ago, Gaiden made a name for itself for being the first Fire Emblem to feature multiple main characters–Alm the Fighter and Celica the Priestess. Like back then, you follow Alm and Celica separately, although their stories are intertwined.

Each character has his or her own party and nothing is directly shared between the two, including units, items, etc. At first, you only control Alm’s party, then Celica’s party; later, you can access both parties and alternate between the two on the world map. 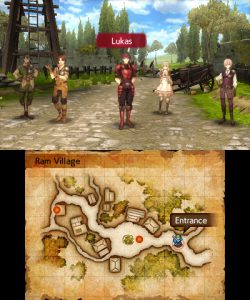 The residents of Valentia are a bit more friendly than in most places and actually let you explore their villages, rather than kicking you out after giving you an item or some advice. In Gaiden, you could wander around villages like in a RPG, but it’s a bit different here.

Instead, navigation is done via menus, in a similar vein to a visual novel (a 2D adventure game). You can still move to different places within a village though, but only predefined ones. Also, you can search places to uncover useful items for your journey. 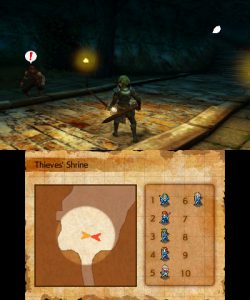 Dotted around Valentia are a number of monster or enemy-infested dungeons. Once inside these dangerous locales, you can freely control Alm and Celica from a third person perspective, like in a 3D action game.

While exploring, you can find wandering enemies, destructible objects that may hide items or secret rooms and even treasure chests. Bumping into enemies will trigger a short battle; attacking enemies before they touch you will reduce their starting HP. 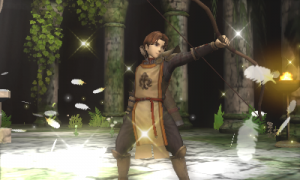 As is the norm, units can elevate to a higher class once they have gained enough levels. Unlike in most Fire Emblem games, an item is not required to change class. Instead, you must pay a visit to a Mila’s Statue deep inside most dungeons.

Those of the lowly Villager class, which debuted in Gaiden, can change to a variety of classes. For instance, males can choose to become an Archer, Soldier, Mage, Mercenary or Cavalier. Talk about being spoiled for choice! 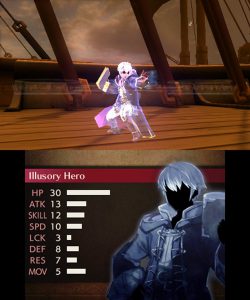 A new feature in Echoes is the Mila’s Turnwheel, a mysterious artifact with the ability to peer into the past or the future. With this in your possession, you can rewind the actions of units, one unit at a time. Perfect for those momentary lapses in judgement.

However, such great power has its limitations, so you can’t just spam it all day long. Additionally, the Turnwheel grants its user the ability to call forth spectral warriors from outside this realm. This function requires the use of a Fire Emblem amiibo.