As mentioned in the Fire Emblem Direct Analysis, the world map of Valentia features ancient text first seen in Awakening.

Fans may know that the continents of Awakening–Ylisse and Valm–are the future versions of Archanea and Valentia, so it’s not a surprise that Valentia shares a common language.

Below is the alphabet from The Art of Awakening.

For the most part, the symbols on the world map are pretty easy to see, making translation a simple affair. That said, some of the symbols are small and/or blurry, so some mistakes may have been made.

Note: You can click the images to enlarge them.

This portion of the map from the Japanese official site features the central area of Valentia, which contains most of Zofia’s territory.

What’s very cool is that Archanea can be seen towards the far east, which fits with the established Fire Emblem lore. (Not pictured below, but can be seen here.) 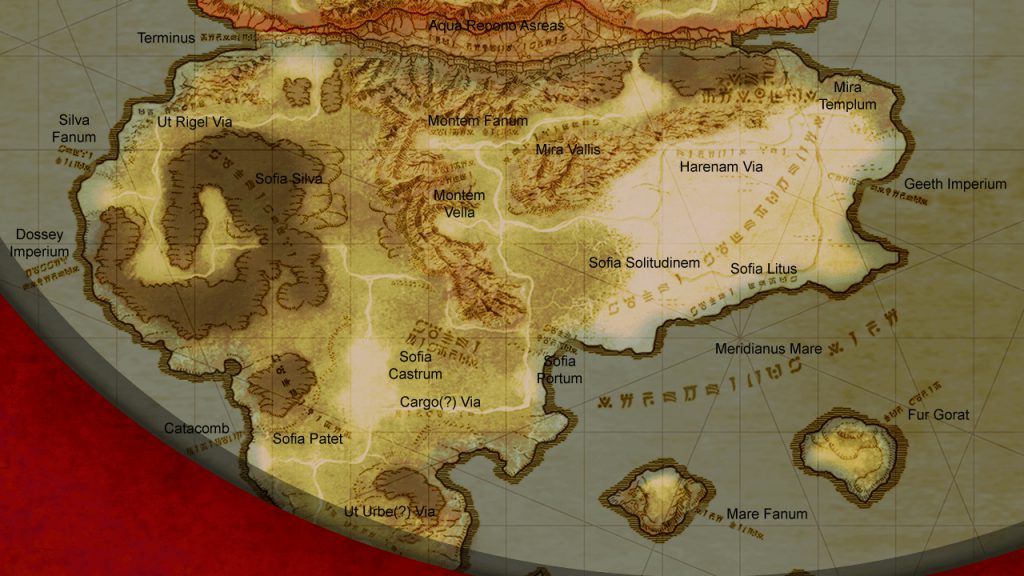 From what we can tell, a lot of the text is Latin. Fire Emblem is no stranger to Latin; for instance, a few songs feature Latin in the lyrics.

World Map from the Trailer

Towards the end of the trailer, we see various parts of the world map, covering pretty much the entirety of Valentia, minus the north-east region, where Duma’s domain lies. No doubt they didn’t want to spoil the finish line! 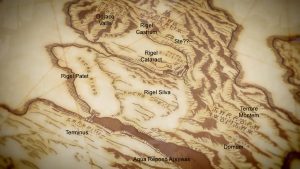 The above portion features the Rigel capital. 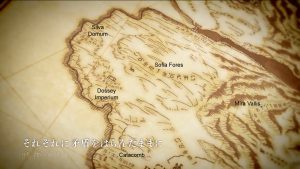 Here we have the western part of Zofia, just south from Rigel. 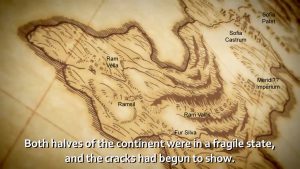 Next is the south-most edge of Valentia, where the adventure begins for Alm. 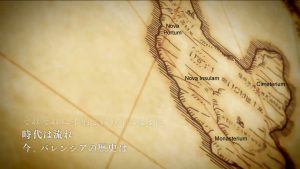 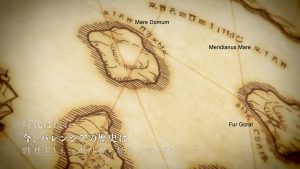 After this, we have the south-eastern sea area, where Celica’s journey starts. 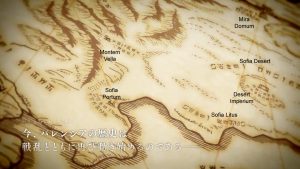 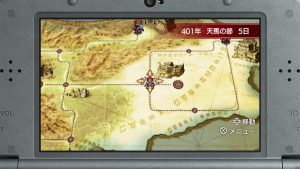 Finally, we have the eastern part of Valentia, which is predominantly desert. We also see this part of the map in the trailer, during the free-roaming.