Tag Team and Pair Up

The Dual and Pair Up systems introduced in Awakening, which allowed two units to team up against the enemy, were popular with fans, but slightly too powerful.

For this new game, the developers have attempted to re-balance these systems in a number of ways. Primarily, by separating the systems into “Tag Team” and “Pair Up”.

Additionally, enemy units can use Tag Team and Pair Up, just like the player. When units from both sides use Tag Team or Pair Up, there is the possibility of 2 versus 2 battles. 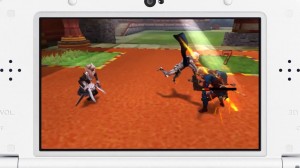 When a unit attacks an enemy with a friendly unit adjacent to themselves, the two units support each other offensively.

In this situation, the friendly unit will act as the main unit’s “support unit“, providing a boost to their combat stats (Hit rate, etc.).

Not only that but the support unit will unleash an additional attack (Dual Strike) immediately after the main unit’s attack with a guaranteed chance (but reduced damage).

Although Dual Strikes always occur, they have their own hit rate, so they can still miss the enemy. Also, only the main units (on either side) ever receive damage. 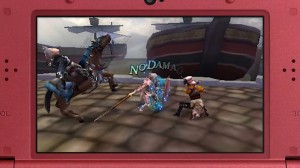 To Pair Up, a unit must move adjacent to another unit and select the “Pair Up” command; upon doing so, the two units will combine into one.

The unit that triggered the command will become the other (main) unit’s support unit. Additionally, the main unit’s base stats (Strength, etc.) will be increased by the support unit.

While paired up, when the main unit is about to receive damage from an enemy, if the main unit’s shield gauge is full, the support unit will jump in and negate all damage from the enemy (Dual Guard).

The shield gauge increases as the main unit deals damage and receives damage. Each of these actions boosts the gauge by 2 points, towards its maximum value of 10.

Furthermore, Pair Up has the advantage of passively negating the enemy’s Dual Strikes. This is useful when many enemy units are grouped close together.