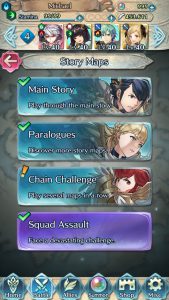 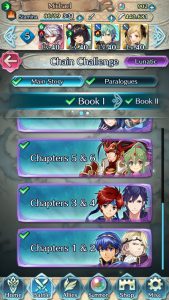 Since each Main Story chapter contains five maps, attempting the Chain Challenge for a single chapter has you trekking through all five battles in a row. You may also try both chapters at once, meaning you will fight 10 consecutive battles.

Paralogue maps have their own Chain Challenges and are attempted in a similar manner. Single chapters have you fighting three battles, while tackling two chapters will require you to win six. 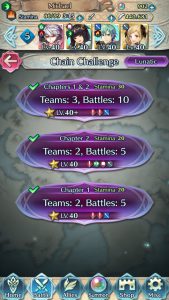 First and foremost, before beginning a Chain Challenge, you must select a difficulty. Difficulty affects the strength and level of enemy units, as well as the rewards you’ll earn.

Chain Challenges are battles of attrition. The first team you assemble continues to fight after each map is completed until they are all defeated or you successfully finish the challenge. As long as one Hero remains alive, they can continue to try and clear the maps. The health and Special cooldowns of your Heroes also persists after a map is completed. 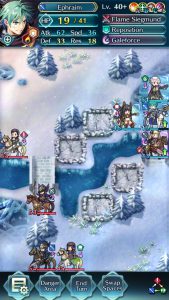 It’s worth noting weapons, skills, and seals that activate on Turn 1, such as the Quickened Pulse Seal or Leif’s S Drink, will activate at the beginning of every map, so plan accordingly.

Should your whole first team be defeated in battle, you can attempt the map again with another squad. Duplicate Heroes may not be used, but you may use an alternate version of the same character. For instance, if you used Legendary Ephraim in your first group, you couldn’t use him again, but you could use his normal version. 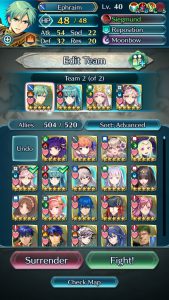 If you game over on a map and still have remaining teams to deploy, enemies you previously defeated will not reappear and surviving enemies will retain any health they lost in the previous battle(s). Enemies who had full health at the end of a previous round will also have their health reduced by 20% to make things easier for the player.

Similar to other modes, the enemies in Chain Challenge will have higher stats compared to their ‘Story’ counterparts. They will also sport the same abilities and skills, making some Lunatic runs especially difficult. As such, it is critical to keep allies alive and as healthy as possible. 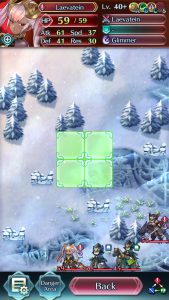 Despite the harsh difficulty many Chain Challenges present, there are some tips you can follow to make completion a little easier.

For many of the maps, enemy groups will not move until you enter a unit’s attack range or attack one yourself. Because of this, if you bring along a healer, you can often heal your group to full health before attempting to complete the map. 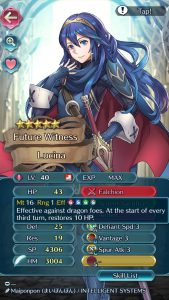 On that note, ‘combat medics’ are a solid investment. Heroes who wield a Falchion make great combat medics because their Falchion will heal them every three turns (at least). By giving them an ability such as Ardent Sacrifice, they can heal your units while still functioning well in combat. 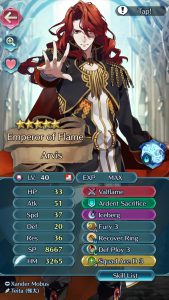 Arvis is another good choice to help you complete Chain Challenges. His Recover Ring heals 10 HP every turn and he is a free Grand Hero Battle unit, meaning everyone may obtain him. That combined with his abilities to debuff opponents make him an excellent support Hero.

Finally, it may be prudent to check which maps are a part of the Chain Challenge you’re attempting and make a squad around it. What works for some maps may have a glaring weakness in others. 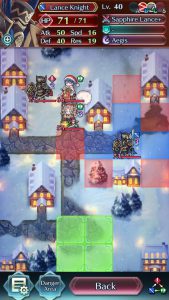 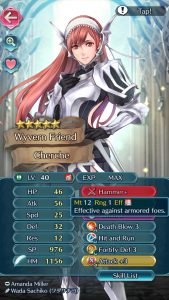 For example, Paralogue 16 contains the Christmas units as enemies, which are all armored. Heroes with weapons that are effective against armored units will make short work of the units you’ll encounter.

Before you know it, you’ll be swimming in those extra orbs and feathers!