Credits: soulskourer and Siouxsie871 for their original research

Both Ally Support and Summoner Support can be accessed via Allies – Advanced Growth. 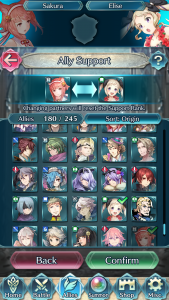 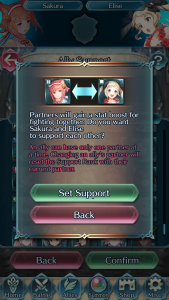 The two supported heroes will receive a passive stat boost during combat when they fight within 2 squares of each other. The better the support relationship and the less distance between the two heroes, the better the stat boost.

Note: The stat boosts for each rank (or distance) do not stack. So the stat boost at S Rank is only +2 for all four stats when fighting adjacent.

For example, to go from C to S Rank, a pair needs to complete 30 maps in total, assuming both of them fight. This can be done in various ways, such as by attempting a Chain Challenge with 10 maps three times.

Once enough support points have been accrued, after the current map is completed, the pair will engage in a “support conversation” and their relationship will rank up. Unlike in the other games, these conversations are extremely minimalist–instead, they’re left to the user’s imagination. 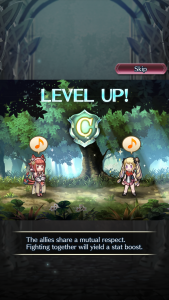 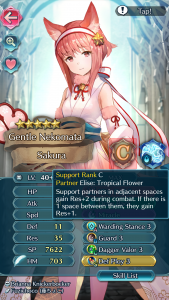 If a support relationship exists, a crest displaying the current support rank will appear towards the right of a hero’s status screen. Tapping the crest will display the hero’s support partner, as well as the available stat boosts. 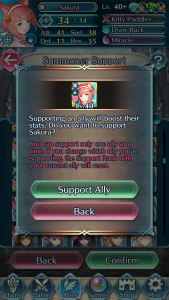 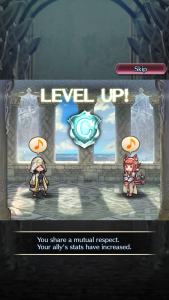 Summoner Support is essentially Ally Support, but between yourself–the summoner–and a chosen hero. Hence the name. Like Ally Support, a support relationship begins at C and increases to B, A and finally S.

The summoner-supported hero gains a permanent stat boost, which increases the higher the relationship, for as long as they’re supported.

Although your summoner never fights, they’re always present, so support points are gained at a flat rate of one support point per map. This assumes the hero enters combat at least once.

To go from C to S Rank, the summoner-supported hero must fight a total of 80 maps. That’s a lot of maps, but thankfully you don’t need to worry about the positioning of your hero, etc.

Just like Ally Support, a crest displaying the current support rank will appear in the summoner-supported hero’s status screen. Also, the background of the status screen will be different. 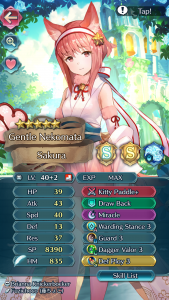 Only one hero can be summoner-supported at one time; if you choose a different hero to summoner-support, the previous support relationship will completely disappear. However, if you reached S rank with a particular hero, it will take half the amount of support points to rank up the relationship again.

A hero can be ally-supported and summoner-supported at the same time. When this occurs, they will have two crests in their status screen.

Arena Assault and Rival Domains (i.e. maps with no entry cost) do not increase support points.

Support points gained in a map are only lost if you surrender or get a Game Over. Heroes that are KO’d do not lose the support point(s) that they gained in the map.