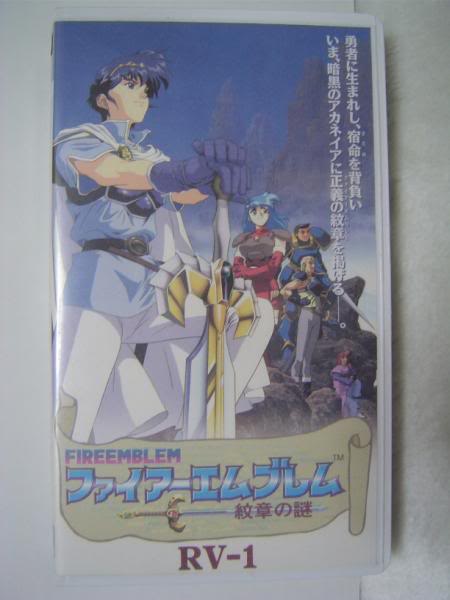 Description: Only two videos were created, which were based on Marth’s story from FE3. The video moves through Chapter 1, a small part of Chapter 2 and reaches the end of Chapter 3. It is assumed the series was discontinued due to budgetting issues or lack of interest. 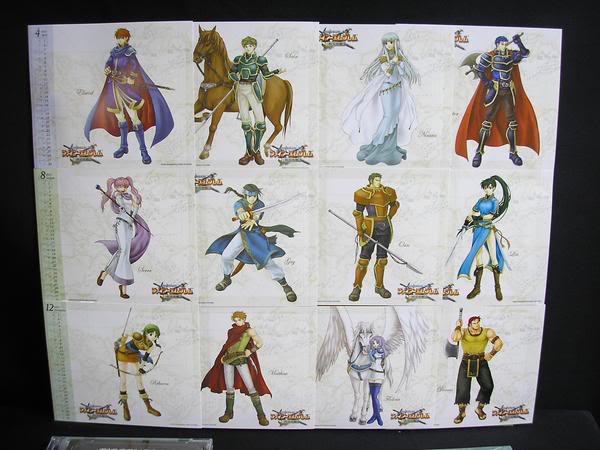 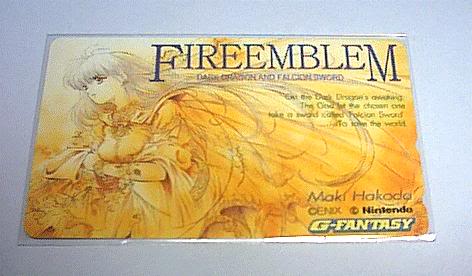 Description: To be honest, I’m not sure what these are for. These usually have a pretty picture on one side. 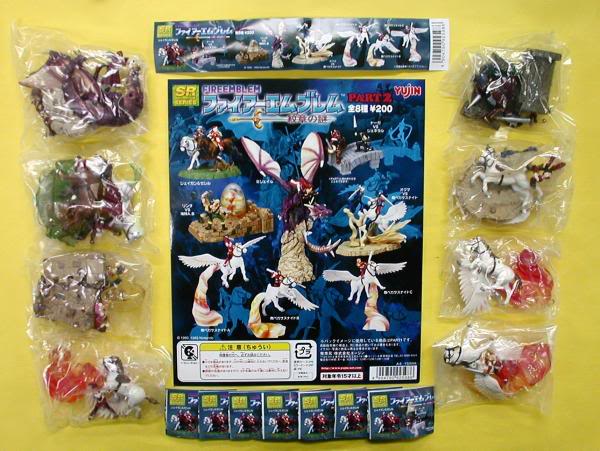 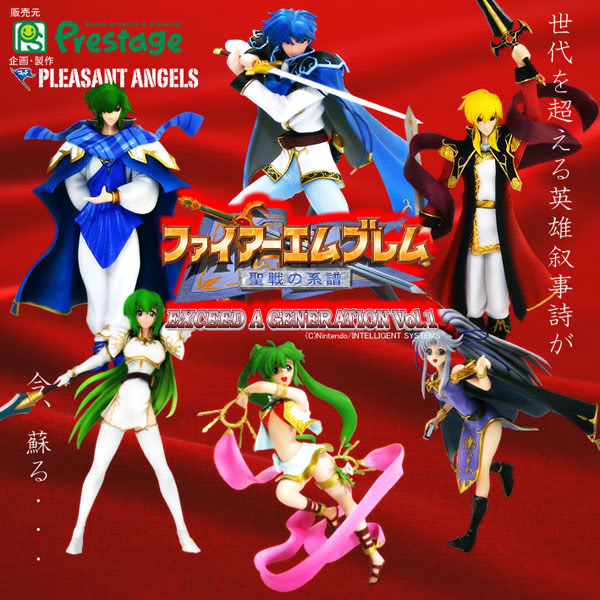 Description: Over 10 years after the release of the game, a set of 7 figurines (Sigurd, Levin, Eltshan, Tiltyu, Sylvia, Fury and Ira) was released on November 2006. The figurines were sold randomly in sealed boxes, with Ira having a secret and hard-to-obtain figurine.