The story takes place three years after the events of Path of Radiance and is set, at first, in the Kingdom of Daein. Since the end of the previous war, known as the Mad King’s War, the country is occupied by the Begnion Empire. Begnion’s Occupational Army is not at all concerned with the citizens, doing nothing about the bandit attacks, hoarding supplies such as medicine, imprisoning most of the able-bodied men in labor camps, and imprisoning woman for reasons that aren’t explored any further. 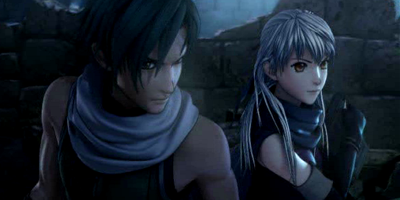 Our story begins in a run down fortress, where red-clad soldiers search by torchlight for a group known as the Dawn Brigade. Two of the soldiers approach a hole in a wall where, just beyond, a silver haired woman holding a small, orange bird and a magic tome cowers. The bird she’s holding chirps, giving her away, and she is quickly captured. The soldiers express delight at catching “The Silver Haired Maiden”, a key member of the aforementioned Dawn Brigade. As they gloat, however, a young man, Sothe, leaps down from above and dispatches several of them. Following his lead, the girl, Micaiah, casts a light-based spell to blind the soldiers. The two then disappear into the forest.

Several days later, in the capital city of Nevassa, Micaiah waits for Leonardo, along with Edward. Edward reveals to us that Micaiah possesses a “farsight” which allows her to see into the future, although she has no direct control over it. While the two wait, bandits attack the townspeople, and a woman, along with a young boy named Nico, ask Micaiah and Edward for help. The two set off, and are soon accompanied by Leonardo, who they were waiting for. After they dispatch the bandits, they are spotted by members of the Occupational Army, and quickly flee. One of the soldiers is killed by their commander, Jarod, for not immediately pursuing them. Jarod expresses amusement about the possibility of excitement from dealing with the Dawn Brigade.

The three members of the Dawn Brigade return to their hideout, where they are met by their remaining companions, Sothe and Nolan. Upon learning of what had happened, the group makes the decision to leave Nevassa. After a small skirmish, they find their way to the marketplace, where the townspeople gladly assist them. While running ahead, Micaiah suddenly has a vision of a tragedy about to happen, and stops to turn back. As predicted, the townspeople are attacked by the army’s archers, and the boy from earlier, Nico, is struck by an arrow. As Nico lies, dying in the street, Jarod warns the townspeople that this was caused by the Dawn Brigade. However, at that moment, Micaiah returns and she uses her skill, Sacrifice, to heal the boy. This ends up exhausting her and Sothe comes to carry her away to safety. Afterwards, the group leaves Nevassa.

While heading towards another town, the Dawn Brigade is approached by a young priestess, Laura, who wishes to obtain medicine for her sick abbot. The group raids a mansion to help reclaim supplies hoarded by the Begnion forces. Afterwards, while regrouping, they discover that Laura has gone missing and they split up to find her. As she looks for Laura, Micaiah finds herself captured and she is thrown into prison, along with Laura. Inside prison, they share a cell with three people: Aimee, a member of a merchant caravan, Ilyana, a mage who accompanied the merchants, and a robed, shy figure named Kurth.

Not long afterwards, Sothe breaks into the prison and releases Micaiah and her new companions. They meet up with Edward and the others, who entered with the assistance of Aran, a soldier and old friend of Laura’s. Aran joins the group as they fight their way out, and they eventually meet with the rest of the merchants: Muston, George, and Daniel. Together, they discuss the rumor of a long lost son of King Ashnard’s, who is hiding in the desert and looking for soldiers. They decide to investigate this rumor, and the merchants accompany them. 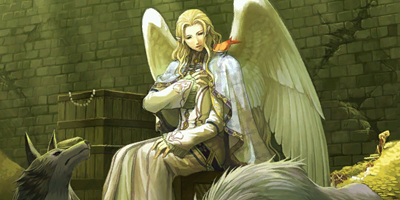 Within the desert, the group stumble upon old, Laguz-built ruins, which are infested with Laguz beast tribe bandits. Micaiah’s bird, Yune, is drawn away deeper into the ruins, where they discover a Heron named Rafiel, and two Wolf Laguz – Queen Nailah and her bodyguard, Volug. Nailah explains that Rafiel had been called across the desert to this unknown country of Hatari. The three Laguz decide to join with the Dawn Brigade, with Nailah assigning Volug to assist them in battle.

Later, Volug, smells something and takes the others to a small establishment, where three people are holding off an army. These three are all familiar faces: Tauroneo, a former Daein general, Zihark, a Laguz-sympathizing swordsman, and Jill, a dracoknight. All three fought, along with Sothe and Ilyana, in the previous war. They are guarding the prince, a young man by the name of Pelleas, along with his mother Almedha, and his adviser, Izuka. After the enemy army is driven away, Izuka speaks with Micaiah and convinces her to join up with the prince’s army, as a figurehead of the revolution, much to Sothe’s objection.

The newly-formed Daein Liberation Army decides to move towards Marado for their first battle, following a vision of Micaiah’s, which foretold ill chances at Talrega – the location Izuka first planned to attack. In Marado, General Jarod is keeping a close eye on Fiona, the daughter of the former lord of Marado. When Micaiah meets Fiona in combat, a Daein commander uses hostages to force Micaiah and her group to surrender. Per Micaiah’s vision-influenced suggestion, they surrender, but the commander announces his plans to kill the hostages anyway. At this point, Fiona makes the decision to revolt, along with several of the Marado Knights. They grab the hostages and join the side of the Liberation Army.

Afterwards, the group plans to start breaking into prison camps to rescue soldiers. Izuka suggests that they poison the lake next to the largest camp, to the horror and disgust of Micaiah. Izuka has also begun leaving Pelleas out of the war meetings, assuming the prince’s authority in his absence. Instead, Tauroneo creates a diversion at the camp, while Micaiah breaks in and lets the prisoners escape. During this battle, three new fighters show up – Tormod, a young mage who was a leader of a Laguz settlement in Begnion, Muarim, his foster father and a Tiger Laguz, and Vika, a Raven and former Laguz slave. The three assist the Liberation Army in the prison break.

It seems Tormod had been running an errand for Sothe, informing the Apostle of Begnion of the situation at Daein. The Apostle, Sanaki, had had no idea of these happenings and ordered an immediate investigation. Unbeknownst to her, the Begnion Senate had been purposefully behind all of this, led by a powerful senator, Lekain. Upon learning that the Apostle’s most trusted advisor, Sephiran, would be heading up the investigation, the senators decide to lay the blame upon the Occupational Army.

The Occupational Army, becoming desperate, plans a trap within the swamps, luring out the Liberation Army with prisoners. The Liberation Army goes to the swamp anyway, outwitting the Occupational Army and rescuing the prisoners with the assistance of Rafiel, Nailah, and the freedom fighters. Upon returning to their base, it becomes more and more obvious of the adoration Micaiah has earned from the army members. 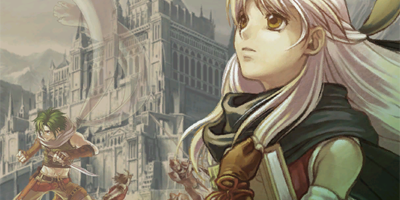 Later, Tormod is distressed when he finds that Muarim is ill. Muarim had ingested a drug that transforms Laguz into soulless, killing machines known as Feral Ones. Luckily, he is saved by Rafiel’s galldr of rebirth. It is revealed that the drug was provided by Izuka, who saw no harm in sacrificing Muarim in order to create a fighting machine for the upcoming battles.

Days later, Tormod delivers news of the Apostle’s investigation of Daein and states that the Liberation Army has practically won. The entire army rejoices, except for Micaiah. That night, she wanders away from the celebrations to rest in the forest, where she is found by Jarod. Outraged at his impending fate, Jarod decides to take vengeance. He has his second-in-command, Alder, lead a diversion and comes after Micaiah with a small group of soldiers. When all looks lost, a shadowy figure teleports into the clearing.

This figure is the Black Knight, one of Daein’s Four Riders, who was thought to have perished in the war three years ago. Jarod does not believe the man is the famed Daein general, and continues his attack. While fighting, Jarod reveals to Micaiah that Prince Pelleas is nothing compared to her, and that the people of Daein will suffer more from her death than his. However Jarod is defeated, but before he can be killed, his second-in-command, Alder, takes the blow for him. Jarod is spared by the Black Knight to allow his subordinate to be buried.

The next day, Daein forces begin assaulting the city of Nevassa, which is being occupied by the Occupational Army’s remaining soldiers. After an inspiring speech from Pelleas, the Daein Liberation Army moves out for their final battle. While the main forces take control of the capital, Daein Keep is assaulted by Micaiah, Sothe, and their allies. Upon defeating Jarod, they reclaim Daein personally.

With Daein rescued, Tormod, Maurim, Vika, Nailah and Rafiel all leave for Gallia for reasons relating to Rafiel’s past. Meanwhile Volug is left to guard Micaiah by Nailah’s orders. Days later, the official coronation of Prince Pelleas takes place, and Daein finally has a new king. Afterwards, Pelleas makes Micaiah his official Commander of the army, which now consists of the former freedom fighters, minus the merchants and Ilyana, who leave after the coronation.