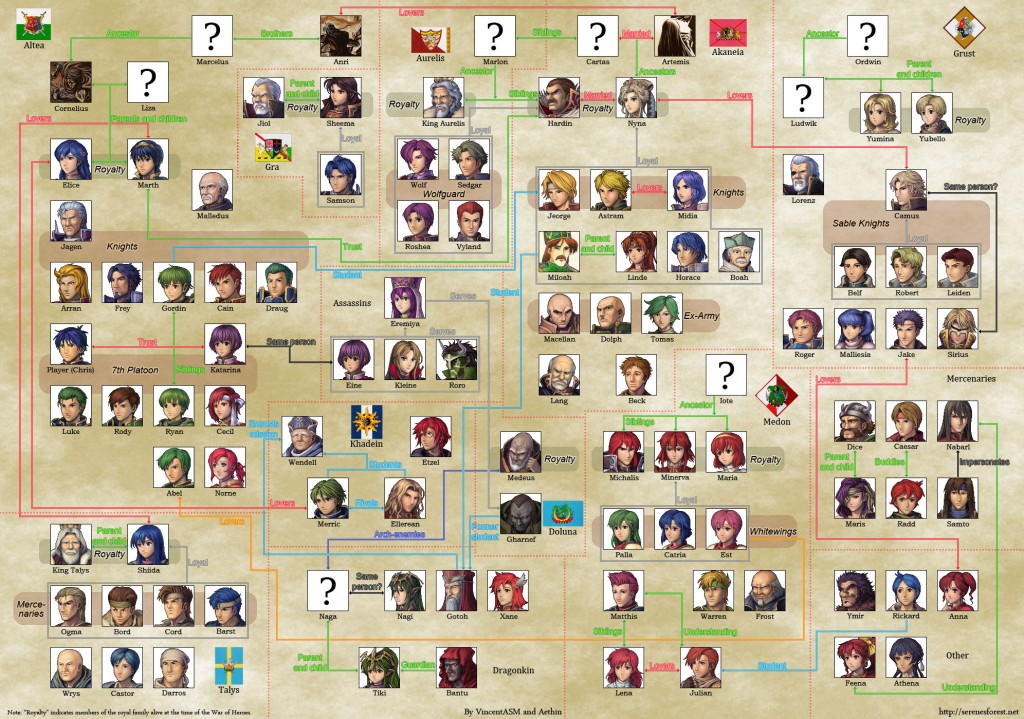 Relationships from the game that I couldn’t quite fit onto the chart:

According to the Designer’s Notes

What actually happened is that a “part of Altea” (which I originally interpreted as “part of the Altean royal family”), which was unhappy with Anri’s brother succeeding Altea’s throne, left to form Gra. As far as I know, there are no official sources that mention Anri having other relatives besides Marcelus or that Gra and Altea share a common lineage.