Paola: A Pegasus Knight. She starts at a high level with balanced stats and growths. She is a great unit. She will speak with Marth and join.

Katua: Another Pegasus Knight, she starts at a lower level, so she has more potential than Paola. A great unit. She will speak with Marth and join.

Astoria: A pre-promoted hero. Starts as an enemy. He is a decent unit, but Oguma, Navarre and Raddy will end up better. Recruit him with Medea. 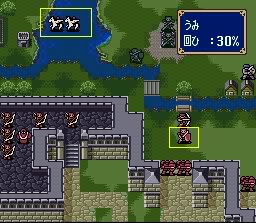 First, move Marth so he is in range of Katua and Paola. Put someone in range of the sniper. 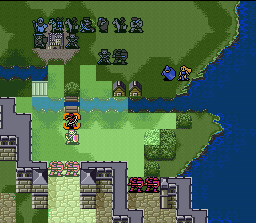 In the next turn kill the sniper and recruit Astoria. You can use a thief to repair the bridge. Use Rena to warp someone so you can block the enemy thieves. 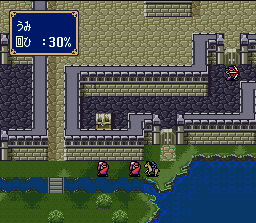 Marth should head west towards the village.

Now it’s time to assault the castle. The armor knights should be killed with magic, Paola’s Silver lance and Armour Killers.

Keep advancing. The archers are pretty weak, so lure them with a high defense character and kill them with melee attacks.

During enemy’s turn 5, there will be Pegasus Knights reinforcements coming from the west. They’ll keep appearing for some time, use your stronger units to deal with them. A small group should deal with the Sniper in the room with the treasures. Don’t forget to open the chests.

Destroy the Pegasus Knights during the turn they appear or else they might outnumber you. Deal with the boss with Linda’s Aura spell and seize the throne.