There aren’t new characters in this chapter.

This is a difficult chapter because most enemies are magic users, meaning that they target Magic Defence, so I recommend you to bring your Pegasus Knights. Bow users will help against the enemy’s flying units.

The boss in this chapter is Garnef, but he is invincible right now, just stay out of his range and he will flee during the end of your fourth turn. 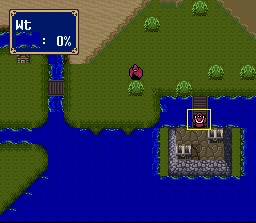 During your first turn, kill the two mages standing north of your starting position. Send one of your Pegasus Knights east, so you can kill the thief once he open the chests. Be careful when moving so you don’t end inside Garnef’s attack range.

The enemies will attack you. You’ll have to fight defensively here. Maintain your position in the southwest while one of your Pegasus Knights goes near the chests. 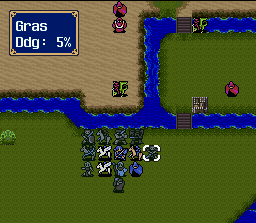 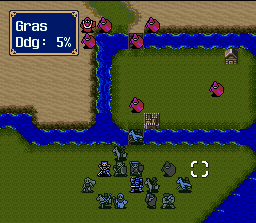 By turn 5 or 6 your Pegasus Knight should be able to kill the thief. She can also help you defeating the mage reinforcements that appear near the chests.

Once the enemies are dead, your Pegasus Knights should go east to kill the reinforcements. Your main group should go north towards the castle. 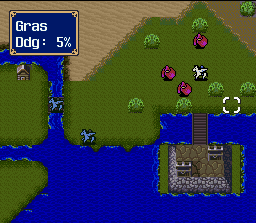 The mage standing at the castle’s gate has a Bolganone book. If your units are too weak, you can buy pure waters in one of the shops. I recommend using a Kill Sword against him

Don’t forget to buy any weapons you may need.