Replacement characters are a set of generic, faceless characters that are given to the player as compensation for suffering heavy losses to their army.

From Chapter 4, a number of replacement characters are automatically recruited during the beginning of the chapter when the total character count falls below the maximum number of characters that can be deployed in that particular chapter, such that the new character count equals the max deployment count exactly. 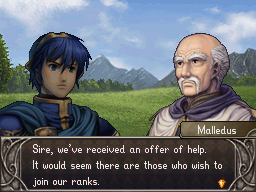 Where exactly do these guys come from?

The replacement characters can be of any class, chosen at random (except classes that cannot Reclass, Falcoknights or classes that have reached their Reclass capacity). Their starting Level is based on the average Level of your party (promoted characters count as Level +15). Once the calculated starting Level reaches 16+, the replacement characters will join as Level 1+ promoted classes instead. They always come equipped with the most basic weapon of their primary weapon type (eg. Iron Sword for Myrmidons).

In total there are 31 unique names for replacements characters, though if you manage to get more than 31 replacements killed, the names will simply loop back to the first. The names used depends on the language version of the game; for example, the Japanese version has the names based on German days, weeks and months, while the Italian version uses letters of the runic alphabet. See here for a list of the names from the major language versions. 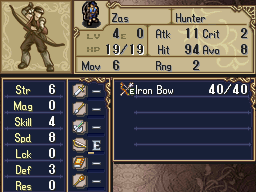 Example of a replacement character.