Today is the first of three days of Comiket 89, a massive Japanese anime and gaming exhibition that occurs twice every year in Japan.

Earlier this year, during Comiket Special 6, Fire Emblem made its first Comiket appearance to celebrate the 25th anniversary of the series. 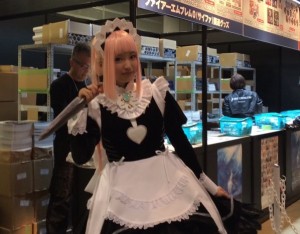 Now, due to popular demand, the Fire Emblem booth is back again, with another plethora of highly sought-after and exclusive merchandise

While Japanese fans and miracle workers frantically queue up to bag the loot, for those unable to attend Comiket (or find friends to go), there are some items you can order from the comfort of your own home.

END_OF_DOCUMENT_TOKEN_TO_BE_REPLACED

Fire Emblem Cipher and merchandise collectors will be setting their drool-o-meter to maximum as Fire Emblem triumphantly makes it way to Comiket 89 from 29th to 31st December 2015 in Japan. 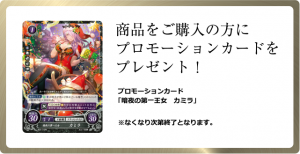 As a bonus, a “First Princess of Nohr, Camilla” promotional card, featuring Camilla in a predictably risque Santa costume, will be given away with any purchase made at the booth (while stocks last).

(By the way, if anybody is able to visit the Fire Emblem booth, please let me know!)

END_OF_DOCUMENT_TOKEN_TO_BE_REPLACED 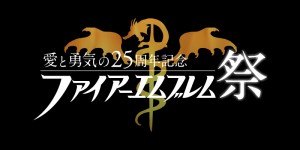 END_OF_DOCUMENT_TOKEN_TO_BE_REPLACED

The first day of the Fire Emblem 25th Anniversary Concert is over.

While we wait for fans’ impressions of the concert, check out these impressive replicas that were on display at the event. 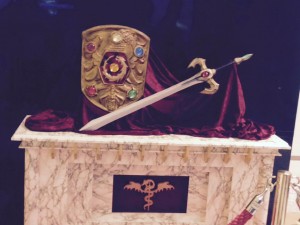 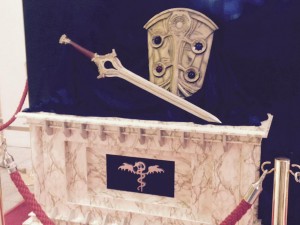 On the left is Archanea’s Fire Emblem (aka Binding Shield) and Falchion, wielded by Marth the Hero-King in Shadow Dragon and Mystery of the Emblem.

Meanwhile on the right is Ylisse’s Fire Emblem and Falchion, wielded by Chrom, a descendant of Marth, in Awakening. 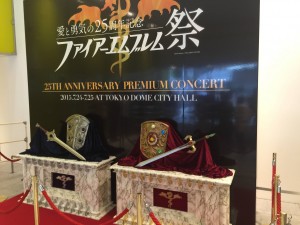