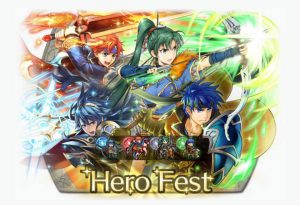 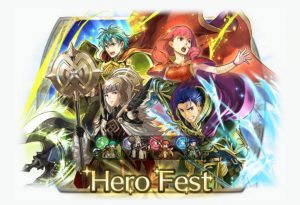 END_OF_DOCUMENT_TOKEN_TO_BE_REPLACED

In the wake of the most recent Feh Channel, more information regarding the upcoming version update has been released.

Version 3.4.0 will contain the following additions and changes:

You can click on “Read more” to read the details of the above news.

END_OF_DOCUMENT_TOKEN_TO_BE_REPLACED

After a pretty interesting past couple of months, a surprisingly sudden Feh Channel was announced. Fans have a lot to be curious about regarding Fire Emblem Heroes’ future, so let’s see what the 14 minute Feh Channel (4/4/19) brings us.

We’re immediately greeted by a sneezing Feh who’s proud to  share news on the upcoming Pair Up feature.

Legendary Heroes can engage in Pair Up, and the first to receive this ability is Legendary Roy. We also saw a Chrom [Exalted] and Lucina [Brave] paired up, implying quite a bit of variety. The interesting feature here is that you can swap between units, meaning that you can deploy into battle, on the fly, even after acting.

Attack with advantage, then swap to another unit to cover yourself on the defense. It looks pretty neat, since it won’t be impacting the competitive scene all that hard, and gives a new way to enjoy battle by effectively letting you deploy extra units and tag them out for safety and strategy.