Today, 27 September, is the official release day for Fire Emblem Cipher Series 14! The set, titled Eyegazing Future, is now available in card shops in Japan and for import around the world.

S14 features cards and characters from five different Fire Emblem titles. The first half of the set is made of Blue cards for Awakening and Tokyo Mirage Sessions #FE. The remaining cards are split between the Birthright path of Fates and Green cards for Path of Radiance and Radiant Dawn in Tellius. 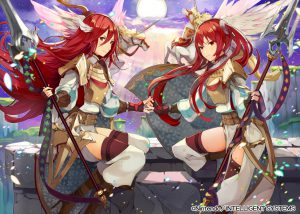 Scroll on down below for a closer look at the cards and promotional items available in the set. NOTE: Some of the artwork and cards contained in this set do contain spoilers for their respective games. Proceed with caution if you’ve not yet finished playing these titles.

END_OF_DOCUMENT_TOKEN_TO_BE_REPLACED

That’s right folks. Nintendo appears to be releasing a special bundle for New Zealand (and hopefully, other EU/PAL regions), that will not feature a 3DS of any kind, but instead, will feature an amiibo and a NFC Reader/Writer.

The bundles announced for New Zealand thus far include: 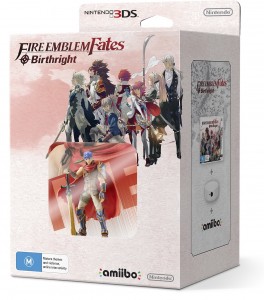 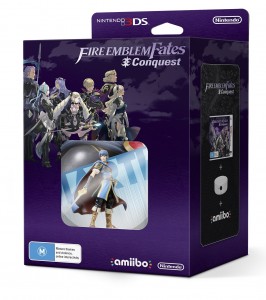 The Birthright Bundle, including an Ike amiibo, Fire Emblem Fates Birthright and the NFC Reader/Writer.

The Conquest Bundle, including a Marth amiibo, Fire Emblem Fates Conquest and the NFC Reader/Writer.