Rhythmically or furiously tap your way through 100 floors and three extra stages throughout the event to earn yourself rewards, including Orbs and new accessories to deck out your Heroes!

Additionally, there are daily quests as the event is running so you can earn yourself some extra Feathers and Badges.

The event begins today, and will end on the 7th of February, 6:59AM UTC.

The bug occurs when when a player uses Legendary Azura’s movement assist skill (e.g. Sing/Gray Waves), has her weapon Prayer Wheel equipped, and has support animations set to “off” in the settings menu.

END_OF_DOCUMENT_TOKEN_TO_BE_REPLACED

Another new Summoning Focus has begun in Fire Emblem Heroes! Spend some Orbs on the latest New Power Banner for your shot at Bartre, Shanna, Florina, and Saber. 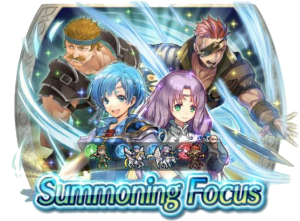 All four of these heroes received new, unique weapons in the latest Version 2.11 Update! Check out full details in our earlier article about the update. Bartre, Shanna, and Florina are also available at lower rarities.

The New Power Banner will be available for a little over a week, ending on 24 November.

Additionally, Heroes has acknowledged some bugs in the newest Aether Raids game mode. These bugs involve issues with the following:

If you’re interested in seeing the full details about these bugs, you can read more information in the Notification Screen. Regardless, Heroes will be fixing all issues in an update patch planned for next week.

Furthermore, as an apology for the issues, all Heroes players will be receiving 10 Orbs as compensation! You’ll be able to grab the Orbs with the daily login on 20 November.

Don’t forget that Tap Battle Quests also start today! You can earn up to 4 Orbs and some other goodies for playing various levels. The quests will be available for the next 10 days. Check out the full list in game.

Another skill-based banner is now live in Fire Emblem Heroes! Try your luck at the Heroes with Death Blow Banner for a chance at Sword Reinhardt, Siegbert, or Delthea. 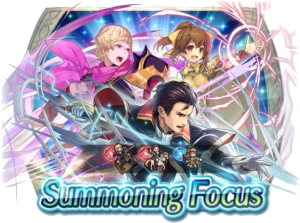 These three 5★-exclusive heroes come with the useful A skill Death Blow. Either train them up to use them yourself, or you can pass their skills onto other units. The Heroes with Death Blow banner will be around for close to two weeks, ending on 6 July.

Additionally, the game has acknowledged a bug with the new skill Infantry Rush that comes with Summer Noire. Currently, the skill affects all units, ally and enemy alike, that fit the spacing requirements. Heroes will be fixing the bug in “the next few days”, and all players will receive compensation Orbs for the issue. 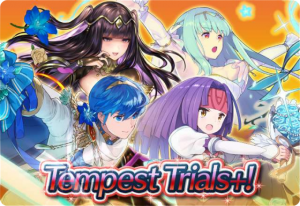 Within Múspell, Laegjern confronts Loki about her intentions. She fears that Loki has ulterior motives regarding her work with Surtr, but Loki brushes the conversation off. It seems the trickster has work to do elsewhere… 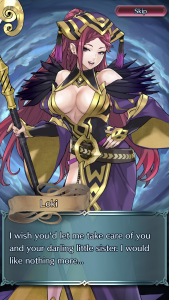 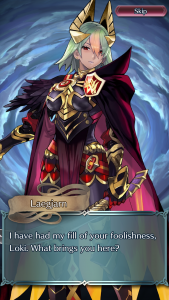 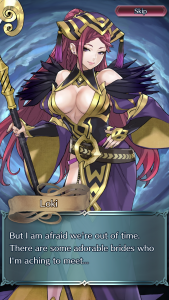 The main page for the event shows your current points and the event’s Bonus Allies. All three of the new brides in the Bridal Bloom banner are available, as is Marth: Altean Groom. You can also use the non-bride versions of all four characters. Confront Loki on a new final map within Múspell. You can see her Lunatic stats and skills below. 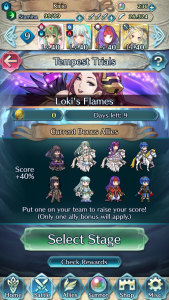 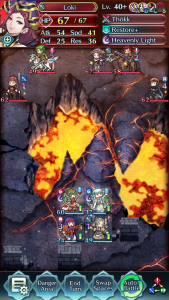 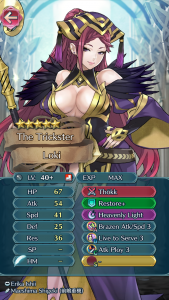 The rewards structure for this event follows the new point pattern established with the advent of Tempest Trials+, maxing out at 50,000 points.

Here’s a look at the reward highlights:

Tempest Trials+: Loki’s Flames will fade away into the mists on Monday, 4 June.

Additionally, Heroes has acknowledged a bug With Bride Tharja’s Spd Feint skill. See the Notifications Screen for full details regarding the bug. Heroes aims to fix the bug with the next planned update scheduled for early June. This is the first information we’ve seen regarding the next update, so hopefully we’ll get more information soon.