During 11 am local time, Nintendo France held a masterclass for Three Houses at Japan Expo in Paris, featuring Toshiyuki Kusakihara and Genki Yokota from Nintendo and Intelligent Systems. 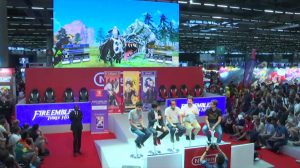 If you’re curious, you can watch the footage by rewinding their day 2 stream.

Anyway, for the most part, they showed off things we’ve seen–namely a bit of monastery exploration and the King of Beasts battle. This time, they played the game in French, with Japanese voices. 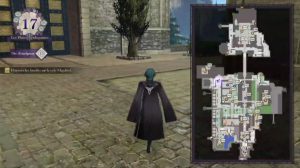 One cool thing you can do is expand the monastery mini-map, while you’re still roaming around. This helps you to locate where you are and places/people of interest, without needing to exit the screen to view the full map. 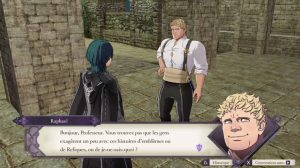 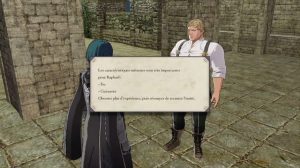 We’ve known that Raphael can be recruited if you’re not teaching the Golden Deer. His exact requirements are a high Frc stat and Cuirassier skill level. I’m clueless with French, but apparently these are Strength and Heavy Armor (via Azz).

If you don’t meet the requirements for now, there is a fourth option “Mission Assistance”, which lets you borrow the student for one month only (via FuranSuwa). However, like recruiting, we don’t know what the limitations are.

At some point, they hover near the amiibo Gazebo, aka the Pavillon amiibo in French. Sadly, they didn’t show it off. But according to the developers, if you scan in Fire Emblem amiibo, you can unlock classic player phase music for the auxiliary (optional) maps (via Cysx).

END_OF_DOCUMENT_TOKEN_TO_BE_REPLACED

Today marks the release of Cipher Series 16 “O Courage! O Soul Aflame!”. Which means a whole lot of new cards to collect and artwork to appreciate! But that’s not why I’m here today… 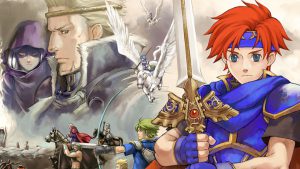 As part of the marketing, the Cipher team showcased various previously unseen concept art for Binding Blade–one of the four factions featured in Series 16. This is very cool because we don’t often get to see concept art, especially not for older games.

Now, some of you may recall that the Making of Fire Emblem included some concept art from Binding Blade, but not a lot. Still, if you haven’t seen it already, please check out this article from way back.

The first time they revealed the new concept art was during the Winter 2019 special livestream. Ryota Kawade–one of the hosts from Intelligent Systems–brought along four folders containing development materials used when creating Binding Blade. 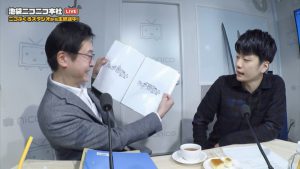 Logo design (note the placement of the sword) 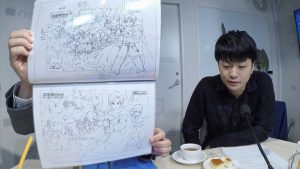 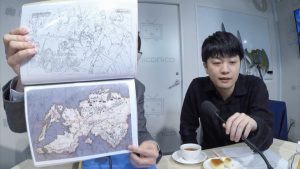