Regarding the Allegations Against FE YouTubers Mangs and Chaz Aria LLC

Ordinarily, we wouldn’t get involved because, besides our shared passion for the Fire Emblem series, there’s nothing to tie us together. However, events escalated in such a manner that I think it would be wrong for me to stay silent.

Before I get into the details, I want to be clear: sexual harassment and abuse are completely unacceptable, whether you belong to the Fire Emblem community or elsewhere. If anyone has been the subject of sexual harassment/abuse, I believe they should have a safe platform to speak up. Although (judging by how events have unfolded) social media may not be the best place.

In addition, I must emphasise: the contents of this article are solely the opinion of myself. They do not reflect the rest of the Serenes Forest team, nor its community. Everyone should be entitled to their own opinion and I dare not claim to represent everyone. Also, I don’t know the truth behind the events and I probably never will.

END_OF_DOCUMENT_TOKEN_TO_BE_REPLACED

Soon, we’ll be saying “goodbye” to 2019 (or depending on your time zone, it might already be gone). In any case, let’s use this opportunity to reflect on how this year treated the Fire Emblem series!

Disclaimer: This isn’t meant to be an objective review of the year, but the author’s personal take on things.

Obviously, the biggest event this year was the worldwide release of Three Houses, the latest installment in our beloved franchise. This game was important for numerous reasons; it was the first mainline game released on the Nintendo Switch and the first console entry in nearly a decade(!).

Leading up to the game’s release, signs were looking promising, but there was always a chance it might mess up the landing… Thankfully, when the game arrived, it received nearly universal praise and, at the time of writing, it’s currently the series’s second best-selling title (number one is Fates, although that one had 3 separate versions).

Recently, the game also won 2 prizes at The Game Awards: “Best Strategy Game” and “Player’s Voice”. The first one probably was expected, but the second award was a very welcome surprise! Especially because it was voted by the public. Against all odds, fans of Three Houses gathered together, beating the other candidates–including Super Smash Bros. Ultimate–by double the votes! Well done, everyone!

END_OF_DOCUMENT_TOKEN_TO_BE_REPLACED

Today, 20th April, is the anniversary of the Fire Emblem series–its 29th one to be exact. To celebrate the occasion, I thought I’d dig up a slice of Fire Emblem history that’s been partially lost to the sands of times: the various official Fire Emblem websites. 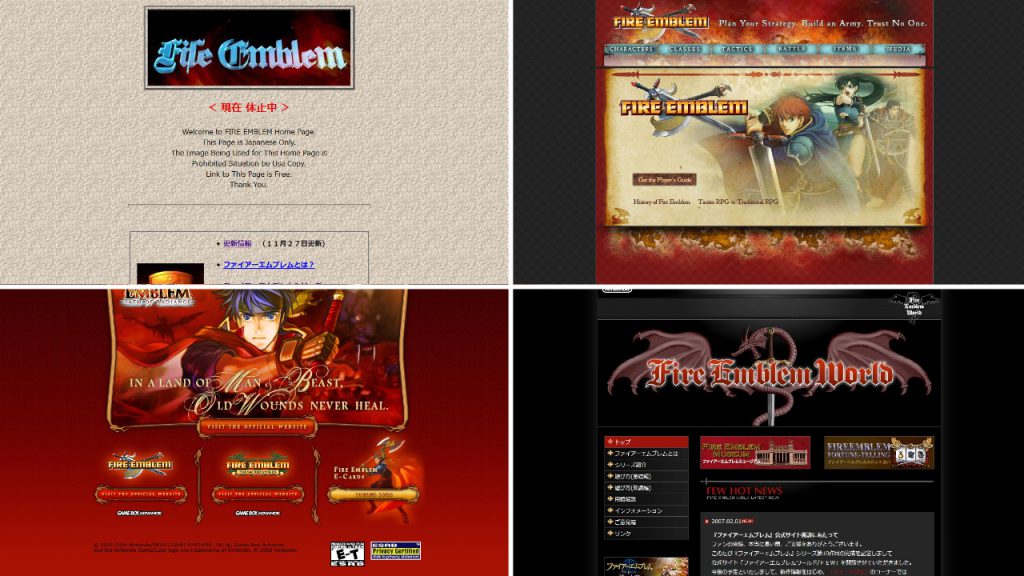 Now, as you’re probably aware, the Internet is an incredibly fast-moving landscape. One year of the Internet can feel like a decade–and decades, centuries. So when you try to look back at websites from long ago, it can be extremely hard to find them again.

Thankfully, there are “time machines (or capsules)” such as the Wayback Machine, which hold archives of many old websites. For this article, I’ll be relying a lot on those archives. But even archives can be incomplete, especially for more complicated media like videos and flash files.

Our first destination on this historical tour is the website of Intelligent Systems, the developers of Fire Emblem. Presently, their website mainly links to the Fire Emblem websites hosted by Nintendo. Although they do have pages for recent merchandise, soundtracks and events. 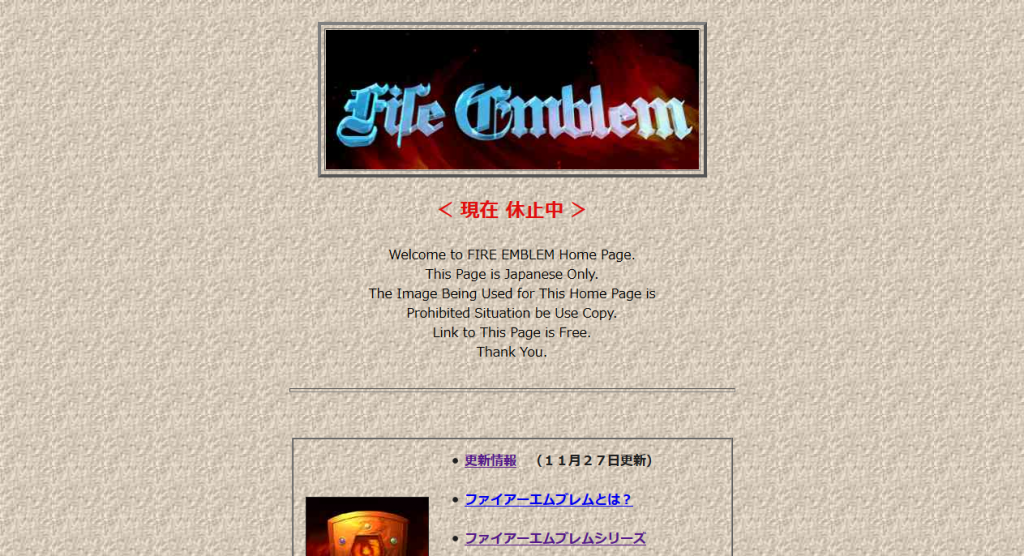 However, long ago, between late 1996 and early 2002, Intelligent Systems hosted their own Fire Emblem hub page. The design was fairly amateur and perhaps quintessential of the time period. There was a plain repeating background, chunky navigation buttons and a nostalgic visitor counter.

END_OF_DOCUMENT_TOKEN_TO_BE_REPLACED

Very soon, 2018 will be coming to an end. Just before we welcome the new year, let’s take a look back at how 2018 treated Fire Emblem, shall we? 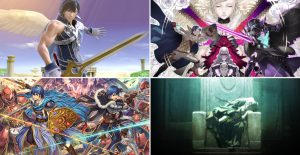 Compared to the year before, 2018 was somewhat of a gap year for Fire Emblem. There were no notable releases, not even any spin-offs. However, things were far from quiet thanks to regular updates to Fire Emblem Heroes, which launched in 2017, as well as the Cipher card game.

In addition, we finally learned the true identity of the upcoming Fire Emblem title for the Nintendo Switch. Even if the game was delayed from its tentative 2018 release date to sometime in Spring 2019. So that gave us something nice to look forward to.

Disclaimer: This isn’t meant to be an objective review of the year, but the author’s personal take on things.
END_OF_DOCUMENT_TOKEN_TO_BE_REPLACED