You don’t need to be a ninja yourself, but you shouldn’t be a tortoise either, because the free gift will only be around until 11th April 2022 (UTC).

Also, the next Resplendent Hero has been revealed as Ophelia: Dramatic Heroine.

This Dökkálfar-themed version of Ophelia will be available for subscribers from 25th March 2022 (UTC). You can check her artwork (by Gesoking) and voice samples here.

Last, but not least, the new event calendar for mid March to mid April is here!

END_OF_DOCUMENT_TOKEN_TO_BE_REPLACED

Much like last year, this year brings a batch of Ninjas to the fray, and also like last year, the theme of their combat includes weapons with the Brave effect. Heck, we are even receiving another Colorless Dagger Flier! This Ninja Training Banner is quickly shaping up to be one that features some mighty combatants!

Welcome alts of Igrene, male Corrin, Shinon, as well as Duo Hero unit female Corrin with partner Elise, in this banner, as well as Tempest Trials+ reward unit Shamir: Lone-Moon Ninja (a Green Axe Infantry). We also get to see the arrival of the next Duel skill in C Duel Flying 4, as well as a few other inheritable skills that are sure to appeal to some. What’s most interesting to me, is that male Corrin: Daylight Ninja Act, comes with Special Spiral 3, and is also the 4* demote unit for the banner, meaning that Blue is a pretty good color to pull on if you’re looking for some budget-but-valuable skill inheritance fodder.

The Ninja Training Banner runs from November 5 through December 4, so you have plenty of time to decide if you want to take the plunge and secure yourself a new ninja or two.

For details on each unit’s skills (and even some stats), click Read More.
For the Japanese trailer, click here.

END_OF_DOCUMENT_TOKEN_TO_BE_REPLACED 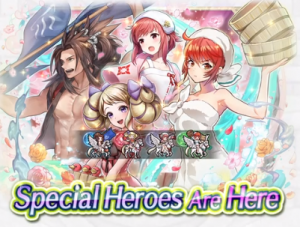 END_OF_DOCUMENT_TOKEN_TO_BE_REPLACED

First unveiled at the Summer Wonder Festival not long ago, the Elise Nendoroid is now available to pre-order from participating retailers, such as AmiAmi or Good Smile Company themselves. 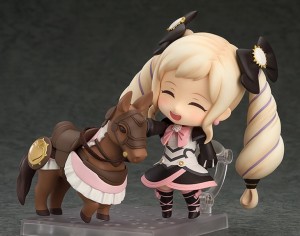 In case you missed it earlier, Good Smile Company added a lot of detailed photos, which you can find on their online shop, among other places (and for your convenience, we’ve included them at the end).

Perhaps the biggest and most welcome surprise is that Elise is accompanied by her cute little pony. Besides her trusty steed, the set also includes two additional face expressions (upset and smiling), a Heal staff and healing staff effect.