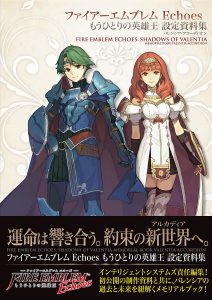 On Thursday, 7 December, Fire Emblem Cipher released its 11th booster series! The title of Cipher Series 11, Glorious Twinstrike, references the pairs of protagonists for each of the three titles included: The Sacred Stones, Fire Emblem Echoes: Shadows of Valentia, and Fire Emblem Warriors. 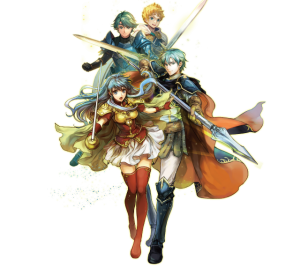 WARNING: Some of the cards in this set contain story or character spoilers for all three games. If you’re looking to avoid any spoilers, proceed with caution!

END_OF_DOCUMENT_TOKEN_TO_BE_REPLACED

This past Sunday, the Fire Emblem Cipher team held the Series 11 Pre-Release Livestream for the upcoming S11! As usual, Ryota Kawade and Young led the show, this time with a rather festive air. Minami Takahashi, the voice actress for Peri from Fates, was also present as a guest host throughout the show. 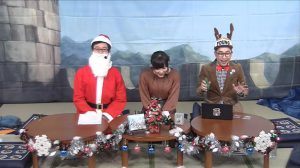 The main focus of the livestream was to show off cards for S11 which releases tomorrow, 7 December! The set focuses on characters from The Sacred Stones, Fire Emblem Echoes, and Fire Emblem Warriors.

In addition to showing off cards, we also got a sneak peak at some of the merchandise that will be available at Comiket 93 this year, along with some more art for the next set, S12, which will release in March. We were also joined by a number of guests throughout the show, including both new and familiar faces.

Read on below for a full look at everything the livestream had in store!

END_OF_DOCUMENT_TOKEN_TO_BE_REPLACED

We’ve almost reached the release week for Series 11 of Fire Emblem Cipher! This week of reveals has primarily included foil cards, culminating in this dual reveal of Tiki! This spunky manakete gets both an HN and an SR based on her Fire Emblem Warriors appearance. 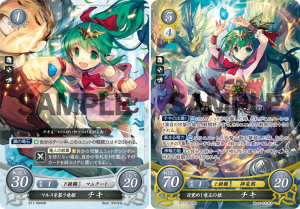 The remaining reveals all contained R cards and were primarily for The Sacred Stones. Eirika and Ephraim each receive an R card in the set to match their SRs and unpromoted HNs. Lyon also received an N and a promoted R card from before and after his corruption by Formotiis. 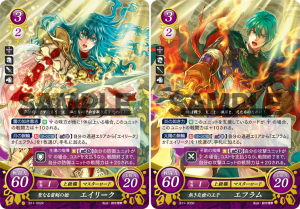 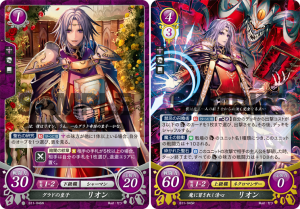 We also get both an R and an R+ card for the manakete Myrrh! Her R+ card is more peaceful while she really shows off the power of her Dragonstone in her regular R. The final reveal of the week goes to Genny from Fire Emblem Echoes. She receives an adorable R card in her canon Overclass, the Exemplar. 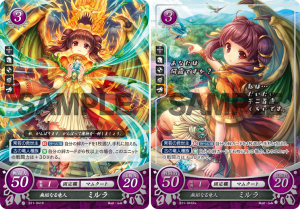