After a year and a half of waiting, Nintendo finally removed the curtains from their Switch Fire Emblem title, now officially known as Fire Emblem: Three Houses, during their E3 2018 Nintendo Direct

It’s been almost that long since I last dusted off my magnifying glass, so without further ado, here’s my analysis of the reveal trailer plus other promotional materials! 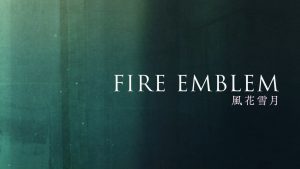 First things first, over in Japan, the game is instead known as Fire Emblem Fūkasetsugetsu, which can be read as Fire Emblem Four Seasons, but it means a whole lot more than that.

The subtitle is poetic and evokes the wonders of the four seasons: the winds of Summer, flowers of Spring, snows of Winter and the moon of Autumn. It also has romantic allusions and can refer to a love affair.

Either way, it seems like the three houses–presumably noble houses or even individual nations–will be very important. Perhaps romance will also play a key role, similar to Genealogy of the Holy War?

Speaking of nations, the very first thing we’re shown is the game’s world map. This map is reminiscent of previous Fire Emblem maps, but does not appear to be a world we’ve seen before. END_OF_DOCUMENT_TOKEN_TO_BE_REPLACED