The game will launch on the Nintendo Switch on 20th January 2023. A special edition was also announced for North America, Japan and Europe. (We’ll update when/if there’s details for other countries.)

For those following some of the recent Fire Emblem leaks, you may recognise “Toothpaste-chan”, who appears to be the female version of the red and blue-haired main character.

We’ll be working on an analysis of the trailer (and perhaps the leaks on another day), so please hold tight!

In Nintendo’s first Nintendo Direct for 2015, they started off with a megaton: a teaser for a brand new Fire Emblem title for the Nintendo 3DS. 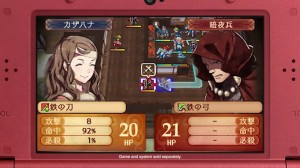 As with most new announcements, details are scarce at the moment, although from the available footage, the graphics and gameplay are very similar to the previous entry, Fire Emblem: Awakening. This apparently includes the Dual System (Dual Strikes etc.) introduced in that game.

END_OF_DOCUMENT_TOKEN_TO_BE_REPLACED

As the title says, a new Fire Emblem game for the Nintendo 3DS was announced in today’s Nintendo Direct. 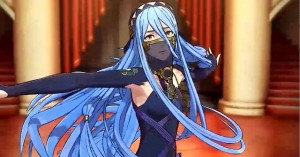 Details are scarce on the game, although a lot of game footage was shown and it has been confirmed that Yusuke Kozaki will be back for the character designs.

Update: News entries for the game can be found here!

Come and discuss in the forums!