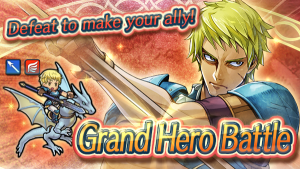 Cormag is a lance-wielding Wyvern Rider, just as you might expect based on his appearance in The Sacred Stones. He comes with a Slaying Lance for his weapon, and also the skills Ignis, Dull Close, and Def Opening. Beat all three maps to earn one 3★ and two 4★ copies of him, and also 2,000 hero feathers!

Grand Hero Battle – Cormag: Aloof Lanceman will be around for about a week and a half, ending on 21 November.

Additionally, Heroes gave us a reminder this morning that the latest Lost Lore event starts soon! This time around, the event focuses on the characters and events of Awakening. Look forward to it! 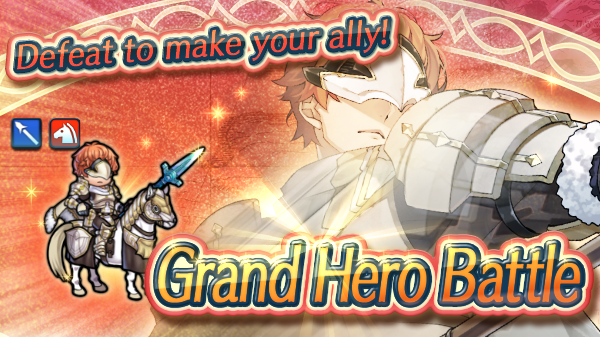 The Grand Hero Battle is available from today until the 2nd of November 6:59am UTC. Be sure to get in before then and grab your three copies. If the character doesn’t excite you, he does come with Barrier Lance+, Glacies, Bracing Stance 2 and Chill Atk 3, if you want these skills on other Heroes.

Also today: A new Tactics Drills: Grandmaster! This one gives an Orb, so it may be worth the effort.

Two older events are now returning in Fire Emblem Heroes! First up is the return of The Land’s Bounty Banner with last year’s Halloween characters! You can spend your Orbs on a shot at Halloween versions of Myrrh, Mia, Niles, and Kagero. 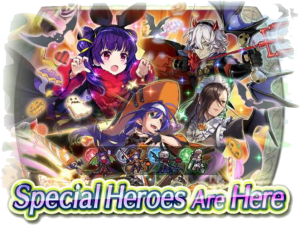 Additionally, the Grand Hero Battle for Rutger is also back! In addition to the map’s return, there’s also a new series of quests. New and old players alike can complete the quests for Orbs and an extra copy of Rutger himself. 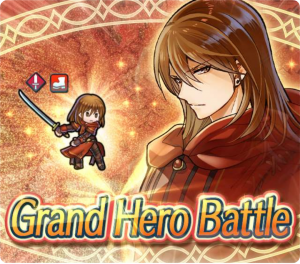 The Land’s Bounty Banner will be available for a month, while Rutger’s GHB will only be here for a week. Good luck adding some new heroes to your team!

Also, a quick notice from the @FE_Heroes_EN account: due to the typhoon approaching Japan, the remaining quiz questions have been postponed. They should resume on Monday.

Today’s FE Heroes update brings us Astram: Midia’s Hero from Mystery of the Emblem as a Grand Hero Battle reward! 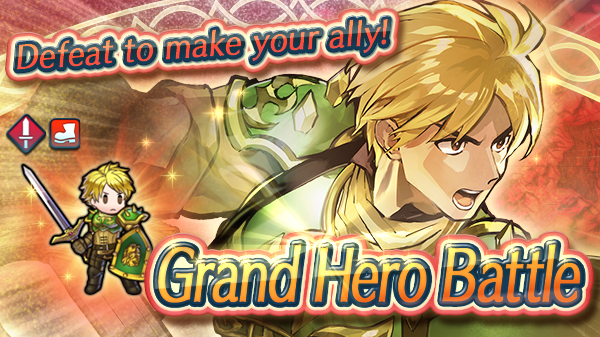 This GHB begins today, and is available until the 3rd of October, 6:59am UTC. Rewards for completing all three difficulties is three copies of Astram (1 x 3-Star, 2 x 4-Star) and 2,000 Feathers.

On top of that, he comes with the Prf weapon Mercurius, with a description as follows: Grants Atk+3. At start of turn, if unit’s HP ≥ 50%, grants Atk/Spd/Def/Res+4 to unit and sword, lance, axe, bow, dagger, or beast allies within 2 spaces for 1 turn (Bonus granted to unit even if no allies are within 2 spaces.). He also comes with Bonfire (at 4-Stars), Wind Boost 3 (at 4-Stars), and Wrath 3 (at 5-Stars).