In the upcoming Special Heroes banner, we’re graced with another batch of children, this time from Magvel, in the Special Heroes: Childhood Encounter banner. This banner is no slouch, bringing in some mighty miniatures, along with a handful of new inheritable skills that are sure to whet the palettes of B-skill enthusiasts…or give them a headache as to consider what to equip, the old or the new skills.

The new Eirika & Ephraim Duo Unit is clearly the star of the show, bringing a powerful Duo Skill in the form of Spd-based damage reduction, but I’m quite curious about the new -Trace skills, which allow its used to possess the Canto ability. Tana and L’Arachel both possess the -Trace skill, implying that it’s only available for Fliers and Cavalry units (not a shocker), but it’s inheritable, meaning that Reginn and Sumia are no longer the only units in the game with access to Canto.

Lyon: Grado’s Gaze, will be available as part of the 4* Focus batch. It’s about time a new Blue tome unit became available in the lower pool. Not only that, but the colorless bow infantry unit, Innes: Frelian Moonlight, will be a Tempest Trials+ reward unit through the upcoming Tempest Trials+ event that kicks off later this month.

The Childhood Encounter banner runs from April 19 through May 19, so good luck, Summoners!

For more details on the Hero’s skills and such, click Read More.

END_OF_DOCUMENT_TOKEN_TO_BE_REPLACED

Fire Emblem Heroes is running another skill-based banner to try and part you from your hard-earned Orbs: Heroes with Iceberg. This time, the focus Heroes are Flora, Selkie and Innes. 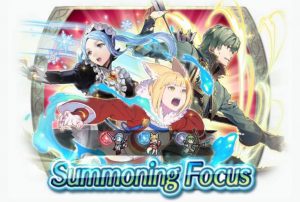 Obviously, all three Heroes come with the Iceberg skill, which boosts damage based on the unit’s Res stat. All three Heroes are also pretty cool (sorry!) in their own rights–Flora punishes foes with Distant Counter, Selkie has a busted Beast kit and Innes can refine his legendary weapon.

The Heroes with Iceberg banner is good until the daily rollover on 5th May 2019.

Our second summer since Fire Emblem Heroes released, brings us our third batch of swimsuit-clad battlers, with the incoming Summer’s Arrival banner. Hopefully, this banner can appeal to you, as it brings fans access to a new Awakening unit, Noire, as well as some classics from Fire Emblem Sacred Stones. 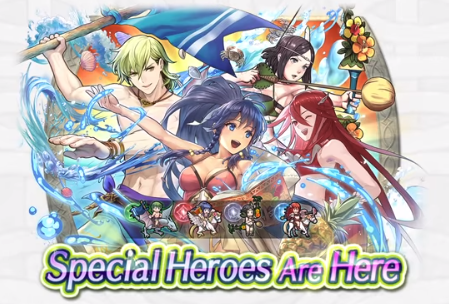 Included in this banner are our second Red Tome flier, as well as a handful of new weapons and skills that bestow some pretty wild effects.

Despite the pineapples, Takumi isn’t featured in this seasonal banner.

As typical, there will be a paralogue series of three chapters to provide orbs as rewards through, so even if you aren’t thrilled about the units themselves, the orbs are too easy to pass up. Fans interested in the Japanese banner video, can click here to view it.

Summer’s Arrival will be available starting on June 21 at 11p PT, and will continue to be available through July 25 at 11p PT, so there’s plenty of time to get your hands on a new summer swimmer if you have the desire to do so.