Heroes: The Phantom Thieves from “Risk and Reward” Reveal Their Cards

During the August 2022 Feh Channel, we were introduced to the theme of the next Special Heroes, arriving on 9th August. Today, we have additional details, including their skills.

The Heroes that will appear in the “Risk and Reward” banner are Cath (Binding Blade), Leila (Blazing Sword), Sothe (Radiant Dawn) and Duo Nina with Kagero (Fates).

In addition, Rickard will be available from the Tempest Trials+ event, which begins at the same time. He’s a Red Sword Flier with the following skills:

Furthermore, you can obtain the Atk/Res Ideal 1 and Dist. Counter (Dragon) Sacred Seals.

END_OF_DOCUMENT_TOKEN_TO_BE_REPLACED 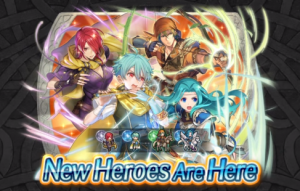