They will include a Special Edition with a cartridge containing all three versions of the game, the offical artbook, a double-sided poster and a steel game case. 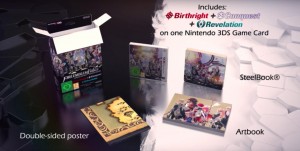 Europe is also getting their own Fates-styled New Nintendo 3DSXL. 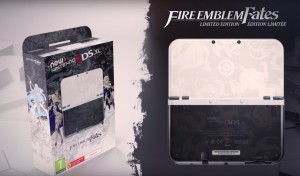 The Special Edition, as well as Birthright and Conquest, will be release on May 20, 2016, with Revelation available as eShop DLC on June 9! 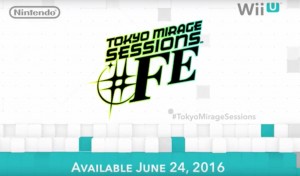 Tokyo Mirage Sessions #FE is set to debut in the U.S. and E.U. regions on June 24, 2016. The release will be keeping Japanese voice acting, but with English subtitles.

Also, DLC for Fire Emblem Fates is out today. Museum Melee, Ghostly Gold and Royal Royale are all available for $2.49 each. They are included in Map Pack 1.

Monster Hunter Generations will also be coming with a DLC outfit styled as Marth from the many Fire Emblem games. This game is set to release in Summer 2016, and the surprise DLC will be a nice perk to fans of the game.

Last but not least, Japanese players can look forward to brand spanking new DLC for their Fire Emblem Fates, which we’ll probably get eventually in our Map Pack 2.