END_OF_DOCUMENT_TOKEN_TO_BE_REPLACED

We’ve an impromptu follow-up to our earlier update about Tokyo Mirage Sessions #FE Encore, and one we think merits your attention! 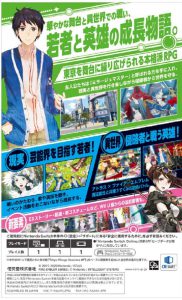 After reviewing the game’s store page on Amazon JP to confirm about the exclusive postcards, we noticed they very recently added an image of the back of the game’s box. It looks nice, but otherwise not particularly interesting. That is, unless you look closer…

END_OF_DOCUMENT_TOKEN_TO_BE_REPLACED

Can you believe that Tokyo Mirage Sessions ♯FE Encore is out just three weeks from now? 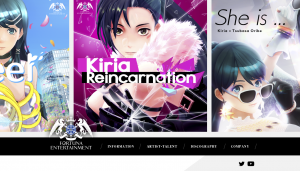 Nintendo from Japan is sure to remind us by launching a make-believe company profile page for Fortuna Entertainment, the production agency and hidden base of operations for the protagonists in Tokyo Mirage Sessions. Fortuna and its productions may not be real, but the page is so impressively elaborate that it’s hard not to appreciate. So we decided to transcribe the page and its contents for your convenience.

But before we get into that further, Nintendo also recently shared two short Japanese web commercials giving a quick overall look at Encore and its combat system. Check them out!