Heroes Opinion: When Too Many Lyns is a Bad Thing…

Recently, a new wave of disdain has hit Fire Emblem Heroes, thanks to the introduction of a Legendary variant of Lyn. Although it’s not quite as severe as the incident with Ayra last year, I still believe it’s worth looking into. 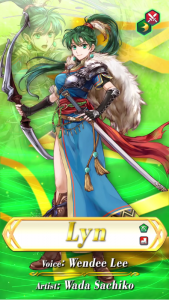 The culprit this time is a certain noblewoman from Sacae.

Firstly, I’ll just briefly outline the facts, especially for those unfamiliar with Heroes.

On 27th April, a few days ago, Nintendo/Intelligent Systems revealed the latest Legendary character as usual. Near the end of each month, there is a Legendary summoning event featuring one new Legendary Hero and 11 existing rare/powerful Heroes.

The very first two Legendary Heroes were original characters, but recent Legendary Heroes are basically “ultimate” versions of existing characters, although they aren’t necessarily the strongest units in the game. For some people, they are nothing more than additional variants. 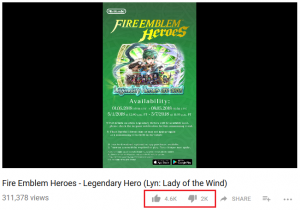 Reactions to Legendary Lyn have been divided to say the least.

This month’s new Legendary Hero is Lyn: Lady of the Wind, with a new Green Bow weapon type. As soon as Legendary Lyn was revealed, a large part of the community was in a uproar.

At the time of writing, the English reveal trailer has a 2:1 like/dislike ratio, while the Japanese trailer has a 1:1 ratio (although this may be partially due to online campaigning). Previous trailers have a typical 10:1 ratio (which makes sense as you can’t please everyone).

For reference, poor Ayra never received a trailer, so it’s impossible to directly compare the two situations. However, my gut feeling is that the situation was far more grave in the past.