On 13th December, illustrator Junka Morozumi shared the unfortunate news that Mayumi Hirota, who worked on the illustrations for Thracia 776, had recently passed away. Her family has since held a funeral. 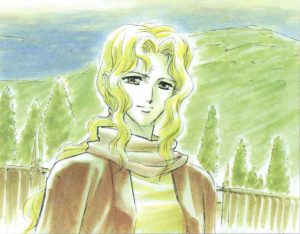 Most people will probably know Mayumi Hirota from her work on Thracia 776, where she designed the characters and key artwork. These can be found on the game’s official site, as well as the “Illustrated Works” and “Picture Postcard”, and also on our gallery.

Coincidentally, Intelligent Systems are planning to hold a Thracia 776 art exhibition at next year’s Fire Emblem Expo, showcasing the game’s artwork. It was unknown if Mayumi Hirota would’ve made an appearance, but at the least, it was nice that they acknowledged her artwork. 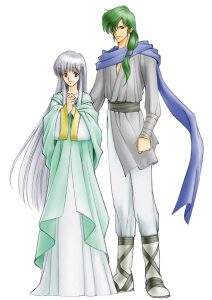 Lewyn and Julia from the Treasure.

Prior to working on Thracia 776, Mayumi Hirota illustrated all of the key Genealogy of the Holy War characters for the Fire Emblem: Treasure book. Shouzou Kaga, the game’s designer, was incredibly impressed with her artwork and wanted to keep her for Thracia.

According to the Treasure, she was born on 28th February in the city of Toyama. She was previously an animator for over 10 years, but had retired. Yet her passion for design continued. She got into Fire Emblem with Gaiden, and played the rest of the series (at that point) in order.

Afterwards, when Kaga departed from Intelligent Systems, Mayumi Hirota followed him. She worked on the illustrations for TearRing Saga, Kaga’s first independently-created game. But after that, she more or less vanished from video game history.

END_OF_DOCUMENT_TOKEN_TO_BE_REPLACED

Long time Serenes Forest user Aethin has been hard at work for over a year, working on a translation patch for the Japan-only release of TearRing Saga. If you’ve never heard of the game, you’re not alone. 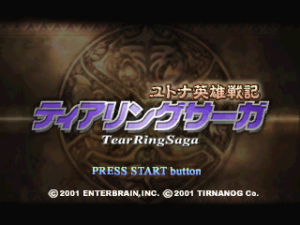 TearRing Saga is a strategy game produced in 2001 by Shouzou Kaga, the creator of the Fire Emblem series. Many similarities exist between the two games, notable through the grid based map movement, unpredictable level-up stat system and more. It’s truly a treat to play, and is regarded as the spiritual successor to Fire Emblem Gaiden.

If you’d like to give this game a try, Aethin has finally released his completed work, the TearRing Saga English Translation Patch. Aethin’s release will allow fans and newbies alike to experience the game in a language they can hopefully understand, and share new appreciation for Kaga’s fantastic work!

Special thanks (from Aethin) go to: