Notes: This story was meant to be played by each character’s Japanese voice actor at the canceled Fire Emblem Expo II event in May 2020, and has been edited for public use. The character portraits are not a part of the official script and are for interpretive purposes only. The original publication of this story may be found here.

Um… First, I’d like to thank you all for gathering here today.

We don’t need the introduction, so please skip to the point.

Could you hurry up and get this over with? And I don’t need these tea sweets.

H-hold on, everyone! Let’s listen to what Claude has to say.

I, uh…tried to start this groundbreaking meeting that overcomes the boundaries between our classes with so much care that it would inspire you all, but now it seems like my efforts were lost on every single one of you…

I heard about our task from Edie. There will be an opening event before the White Heron Cup, and us four will organize it.

…Wait, you heard about it?

Sylvain harassed me and forced me into representing the Blue Lions. Said he was going back into town. Argh, why am I stuck doing something like this…

So Sylvain was the first choice? I agree that he certainly would have been better.

Those chosen were gathered because they are the most artistic of Garreg Mach’s students. What makes every event stand out is, of course, the arts. Dorothea is the Mystical Songstress, Ignatz’s hobby is painting, and…Sylvain seems like the type to appreciate the arts.

Then I’d be of no use. And you don’t need me here to watch, either. Let me know what my responsibility is after you’ve decided on it.

Hey, wait a second! Uh…think about it. You’re, um…really good at repairing weapons and stuff, right? That, in a way, requires something of a sense of aesthetics, doesn’t it?

Don’t say anything more than you have to!

…Hmph. …Continue. And be quick about it.

The White Heron Cup, huh… Why that?

Aw, Felix! It’s too bad you weren’t chosen to be a dancer, isn’t it?

Tch… Who would pick me to be a dancer? I was just thinking about how relieved I am that I wasn’t chosen.

Hey now, don’t change the subject. That’s not what we’re here to talk about.

First, shall we try sharing the ideas we each think might be good, one by one? Dorothea, you’re first.

Of course, I think an opera would be best. A burning, passionate love story is sure to mesmerize our audience.

That’s not a bad idea, but doesn’t it take away from the dancing a little bit? What do you think, Ignatz?

How about we host an art gallery of works from the students talented in art? That would invigorate everyone, and it wouldn’t be a festival without any divine ornaments!

If there’s a decorative sword…then that’s not a half bad idea.

You think it’s a good idea too, Felix!? Then let’s make something together!

What are you thinking of, Felix?

How about a duel to get everyone’s blood pumping? It’ll double as training.

I knew you’d say that!

So how about you, Claude?

A duel would injure some students, and then they wouldn’t be able to enjoy the festival we all worked so hard to put together… I know, how about we have a long distance archery tournament?

You…just want to showcase your archery skills, don’t you?

Figured it out, eh? Then how about we gather up some food and drinks suitable for the occasion, and make some noise?

You just want to have a feast!

Figured that out too, eh? Hmm… We can’t seem to make a decision, huh?

Perhaps we should try thinking up what ideas everyone else would propose?

Hubie would suggest a tactics seminar. Ferdie would want a horseback riding exhibition. And if Ingrid were here, she’d surely… I know! She’d suggest to open a bunch of different food stalls, or something like that.

Lorenz would likely agree with my art gallery idea. And Hilda seems to like accessories, so I think she’d be on my side, too.

You’re supposed to be suggesting people who would have different ideas than you.

Hmph… Sweets, huh? …I wouldn’t vote for that, but Ashe might get excited about it. And accessory related stuff sounds like Annette’s thing…

Felix, no matter what anyone else says, you really pay attention to your classmates!

Petra knows a lot about Brigid’s unique culture, so maybe she would collect many rare items from her homeland, then host an exhibition of them.

And Leonie seems to collect used, worn-out things, so she might have something we could put in an exhibition, too. Each of us would gather up things we want to display, and maybe we’d even critique them.

Hmm, Marianne would suggest an exhibition as well, but she seems to like animals more.

Wow, we’ve come up with a lot of different ideas, huh?

We certainly have! But now we don’t have a way to choose which one to go with… Hm? Hey, I’ve got an idea! We have the perfect person to ask for an opinion, don’t we!

Yeah, you’re right! We were so slow to realize it!

We really were! They’re almost always quiet, but we’ve always had someone right next to us who leads us to the best decision at times like these. Heehee.

Haha, we certainly have. The person who usually fishes all day, eats too much at lunch, and is the most reliable out of everyone, was right here all along. Alright then, let’s try asking them. What do you think about that? 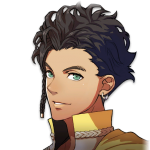 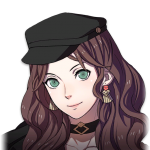 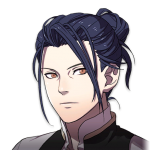 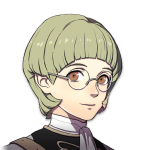 Hmm, you seem to be more quiet than usual today. Uh, for the time being then, let’s do this. Could you please clap for whichever of the ideas we came up with together that you like best?

Yes, let’s do that! I’ll start. The opera, combining song and theater, is best, isn’t it, Professor?

I’m next! What do you think about the art gallery, Professor?

My turn. Nothing is better than a duel. You think so too, right?

And last is me! A feast!

H-hold on a minute! You wanted an archery tournament, didn’t you?

Oh yeah, that was it! An archery tournament, Professor!

Hmm… There was a difference in how loud their clapping was for each option, but I feel that the Professor is saying they really want to see them all.

This is bad! Even if we ask the Professor, we still can’t decide! What are we to do?

What!? You’re suggesting we try them all!?

You mean the opera, and the duel, and the art gallery?

Together with the food stalls, and the rare items critique!?

Hey, how much work do you think we can do!?

But in the end, if everyone has their own thing they want to do, deciding to reject their feelings outright wouldn’t be right. Asking each person what they’d like to do, procuring the location and necessary items, then providing assistance from the background in order to not get behind and get everything ready in time for the White Heron Cup, might be all the work us main four have to do…

Yes, I think so too! We don’t have to quarrel over the best idea, and this way, everyone will likely be able to work hard in a positive environment.

It is a good idea, isn’t it! Let’s try it! If we tell everyone about this plan, surely they’ll cooperate with us.

If I can make it into a competition, then I won’t mind whatever it is I’ll have to do. If possible, I’d like to work with Dimi… I mean, the boar prince.

Haha! Then let’s try it out! Us four, as the representatives, will spread the word. Thanks, Professor!