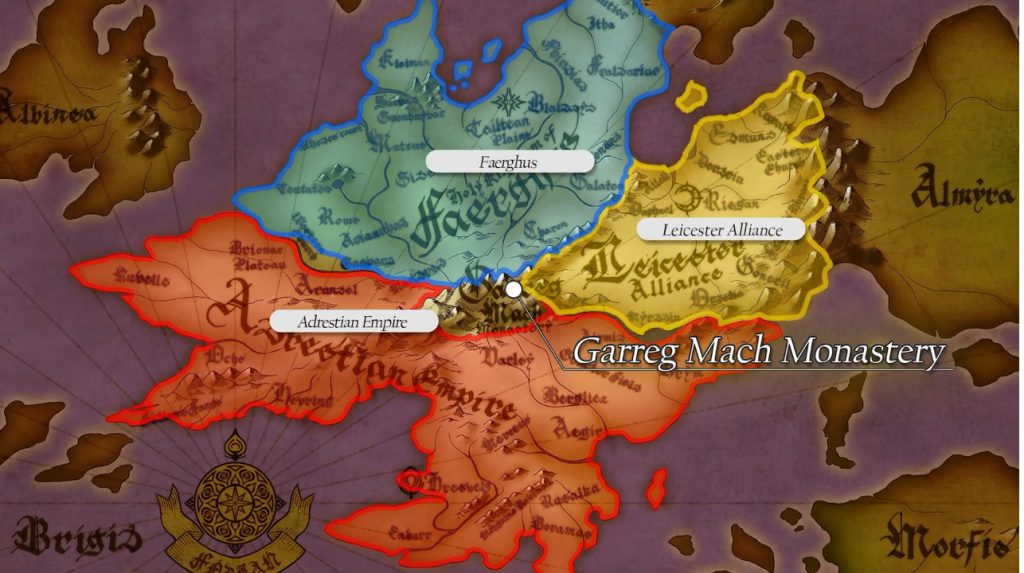 Three Houses takes place on a brand new continent called Fodlan. On this continent, there are three major nations: the Adrestian Empire, the Holy Kingdom of Faerghus and the Leicester Alliance. Currently, these three nations co-exist in relative harmony.

Upholding the peace and order of Fodlan is the Church of Seiros, which holds great power. The church was founded by the followers of the Divine Seiros, who received a revelation from the Goddess.

The Church’s home base is located at the heart of Fodlan, in a place known as the Garreg Mach Monastery. Here, there’s an officer’s academy where the youth who hold the future of Fodlan have gathered to study. 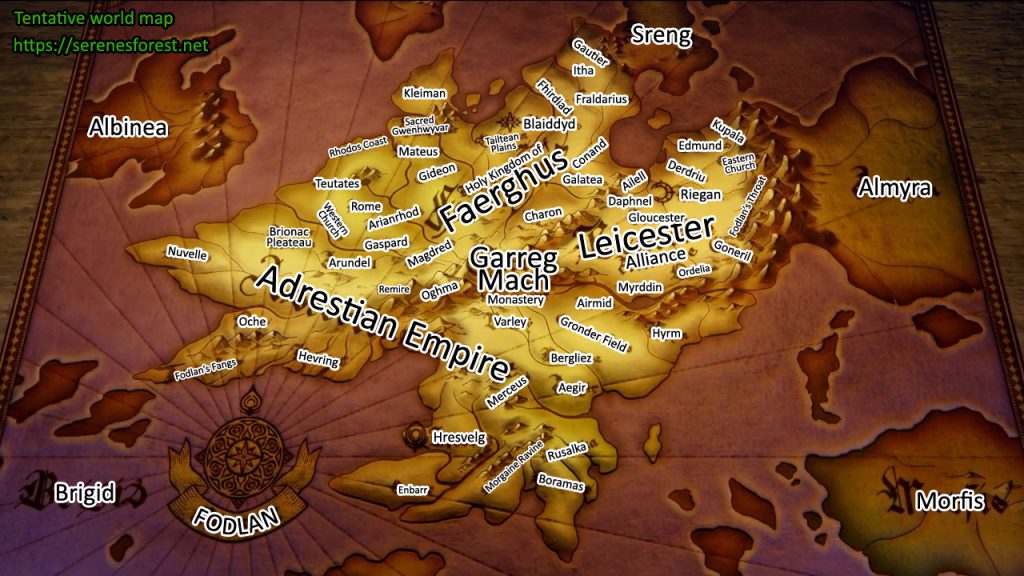 For those curious, the world map of Fodlan is written in English. However, the font used is a standard Old English one that’s not very easy to read. Above, we tried our best to transcribe all the locations found on the map. Just beware that some names might be slightly off.

Below are some notable locations.