Since Fire Emblem: Awakening came out in Japan, it’s taken 2 and a half years for us to find out what’s hidden inside the game, thanks to Nintendo’s superior 3DS encryption. In comparison, it took just less than a year to break apart Radiant Dawn on the Wii. The big question though: was the wait worth it?

Note that this page doesn’t cover every unused content in the game, just our preliminary findings.

Before you get too excited, there’s no physical data for these characters, just names: Leopold, Tracie and Andrea.

According to some of the voice files, Walhart was called “Waltrud” (instead of Valhalt) at one stage of development, while Kellam (Callum) was originally “Karm”.

Similarly, the map files suggest that Nah (Nn in the Japanese version) was formerly known as “Lulu” and Gerome used to be “Mila” (and a woman too?).

Phila has an unused critical cut-in portrait. Perhaps she was meant to perform a dramatic critical hit before… you know what? 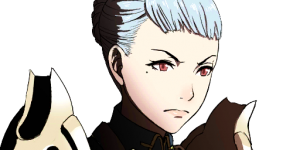 Also, every cut-in portrait in the game has the character’s entire face, not just a little segement. Just like in the in-development version.

There is an unknown group known as “(Feroxi) Rebels” whose description is “An army of rebels who resist Feroxi rulership”.

Was it possible that Chrom and the Shepherds would get involve in a Feroxi civil war at some point in the game?

There’s a beta version of Gangrel’s portrait used in place of two characters, possibly as placeholders for Morgan Male and Female. The interesting thing is that beta Gangrel has a distinctively different colour palette. 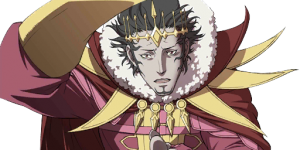 I have to wonder, as well, if Gangrel’s confession is a remnant of the “kissing scenes” the developments were thinking of including in the game…

On a related note, there are unused confession voice clips for Chrom and Lucina.

According to our resident Japanese expert, shadowofchaos, these voice clips sound nothing like Chrom and Lucina’s Japanese voice actors. How suspicious…

This is just circumstantial evidence, but looking at certain character’s map sprites, you can tell some characters were planned to have different classes or class sets.

Many characters with the Myrmidon class set also have a Hero sprite (with the exception of Yen’fay). Also these characters’ Assassin map sprites appear at the end of the map sprite list, so it’s likely Hero was a class option for Myrmidons, before being swapped with Assassin.

Aversa has sprites as a Mage and Sage so she may have had the Mage class set originally, instead of Dark Mage.

Emmeryn, too, has Mage sprites, so perhaps her Mage class set was replaced with the Pegasus Knight set. One of the guidebooks listed Emmeryn’s class sets as being different from the actual game, so there was good reason for that. 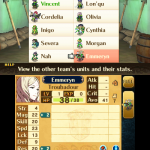 Not really unused per se, but Emmeryn’s NPC Troubadour sprites are the same as Lissa’s. You can only see this in the actual game via StreetPass.

Lastly, Donnel has a Swordmaster map sprite for no apparent reason.

There is an unused “Dance” skill, which probably does exactly what you’d expect it to: Use “Dance” to allow an adjacent ally to move again. It was probably removed so Olivia can only dance when she’s a Dancer.

This is where things get rather fun.

There are two unused chapter title images, showcasing an early design. Almost like primitive cave drawings. Perhaps they were axed because Awakening takes place ahead of all the other Fire Emblem games. 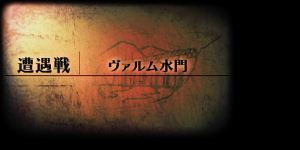 Chapter 5 – Young Squires (borrowed from Heroes of Light and Shadow?) 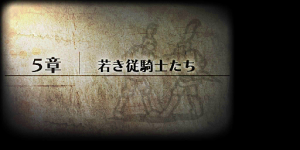 Challenge – Valmese Floodgate (a variation of Great Gate or a cut location?)

The drawings in the background are based off designs from the Radiant Dawn world map. The fighting soldiers appear towards the east of Begnion, across Lake Semper, while the floodgate is from Talrega in Daein.

The following is not quite unused, but definitely unseen. 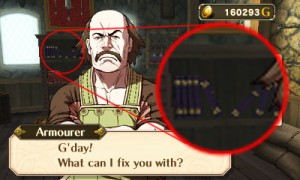 The dark-purple books in the Barracks and Armoury are actually all copies of Grima’s Truth if you could see the front cover. 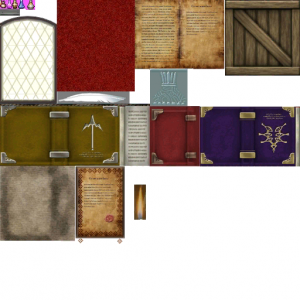 A generous 18 map templates were left in the final game, mainly for the sidequests.

Some of the templates are very different to the final map. Rather bizarrely, Sidequest 5’s initial map resembled the source material (the Sage’s Village from Gaiden) more than the final map.

There are signs that Sidequest 23, Priam’s chapter, was originally going to be a DLC map. This may also explain why the guidebooks had no data for Priam. 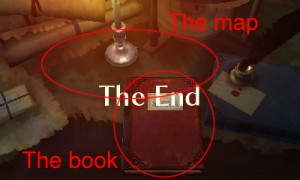 In the very last scene, where it says “The End”, the developers actually designed a detailed world map even though you can barely see it in the actual game. 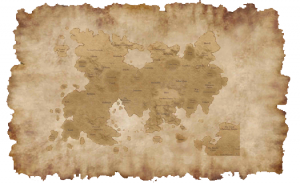 Right now, it’s not known what the map is based off. At the very least, it certainly isn’t a map from a Fire Emblem game and it could very well be an existing fantasy map.

The only clue so far is the south-eastern landmass, which seems to have a country known as “The ___ P____ Empire”. That said, it wouldn’t be any surprise for the countries to be pure gibberish, like Jdayd and Adeecde in the Fire Emblem Anime.

If anyone has any ideas, do let us know…

Next, the red book that closes is actually called “The Book of Secrets” and contains instructions for… you’ll never guess, designing a game-based UI (user interface). 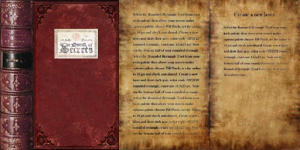 We don’t know if Robin was planning to design a game afterwards or Intelligent Systems hired interns to design some of their graphics. 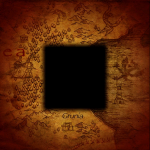 One is a cut-out portion of a map with a single location, “Grunia” (Grust) from Archanea, and “ea” (part of “Crimea” from Tellius or “Archanea”?) cut off towards the left.

The aesthetics of the map are exactly the same as the Radiant Dawn world map. Also judging from the haphazard placement of features (such as the tower in the water), this is most likely an experimental mock up rather than a real map.

The second is a historical real world map, known as “Typus Orbis Terrarum”, published in 1954 by Abraham Ortelius. 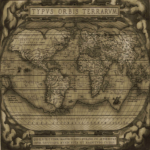 Why this is in the game is anybody’s guess. Certainly, Intelligent Systems has a habit of secretly referencing drama and history, like the secret Shakespearean text in Path of Radiance, but at least you could see that in the game if you stared hard.

As far as we know, most of the unused content is more weird and wacky, rather than substantial. But that’s probably a good thing, since it means more of the content actually made it into the final game.