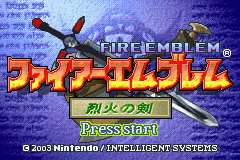 This page contains information about the two known prototype/beta versions of the game, which were made publicly available by Eirika and Tanks. The game was officially released in April 2003 (in Japan), and these prototype versions were created around 2 months beforehand. As such, they are unfinished and also contain a number of changes from the retail version.

(The versions differ only slightly. The major differences are listed towards the end.)

These patches are for the North American version of the ROM. Instructions for patching can be found here

Note: These patches are not for playing purposes. Also the prototype versions are in Japanese. 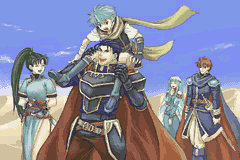 A fun little extra is that most of the CGs don’t have the grainy sepia layer (like in the retail version) and are, instead, in full colour. Some of the CGs (mostly the later ones) are just black and white sketches though. 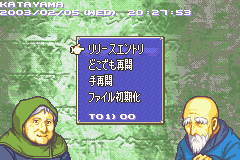 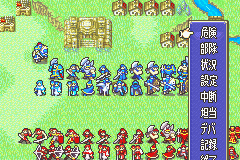 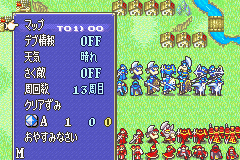 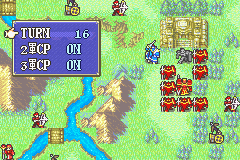 To access this menu, hold Select and press Start twice on an empty space. 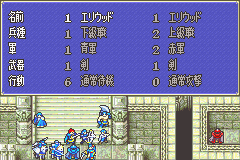 This menu is only available in the 0206 build. To access it, hold L and R and then press B.

To change settings, press A, B, L or R. If all the selected options are possible, press Start to view the battle. 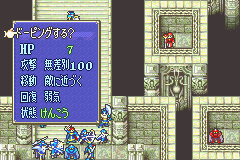 To access this menu, hold Select and press Start twice on a character.

Hold B, R and Right to toggle a black and white debug display.

Hold Select and press R on a character to display a debug version of the status screen.

Differences Between Prototype and Retail

Most of the major differences anyway: 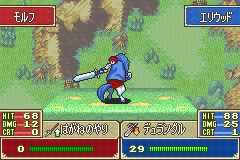 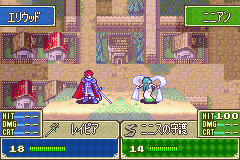 Again, most of the major differences: