Banetou: A Mamkute. He can use the fire dragonstone you found in Chapter 4. His growths are total crap, so try to not use this old man a lot. To recruit him, visit the village. 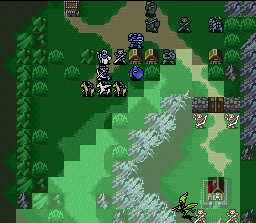 Once the Dragon Knight is dead, the Pegasus Knights shouldn’t be a problem. Kill the nearby thief, too.

Your next objective is to send Marth, Julian and other 2 or 3 units to kill the 2 archers, the 2 mercenaries and visit the village. The rest of your army should go south. 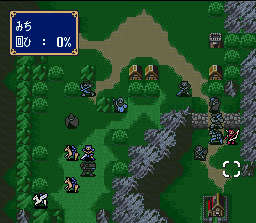 Lure the Armor Knights with someone equipped with the Armour Killer, block the northern and southern fort and have someone stand besides the fort in the left, so an enemy can come out but will only attack the character besides him. 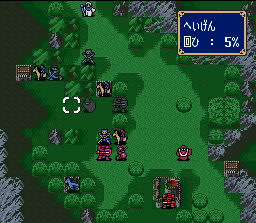 Try to defeat the enemies as fast as possible and block the forts, or you will be outnumbered in no time.

Once you have an unit stay in each fort and kill any remaining enemy, kill the boss with magic or an Armour Killer. Then, seize the throne.