Such a brutal, irrational world we live in. Some believe the crests, tokens of the Goddess, are necessary to maintain order. But they’re wrong, teacher, the crests are to blame.

–Presumably Edelgard, from the E3 2018 trailer.

Crests are a new gameplay element in Three Houses, although their exact mechanics are currently unknown. 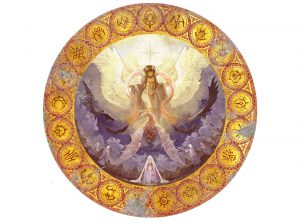 According to legend, crests are a symbol of power that the goddess bestowed to certain heroes and saints–such as the 10 Elites and the Divine Seiros, who all fought during the War of Heroes in the distant past. Bearers of crests receive great power, such as enhanced physical or magical abilities.

Crests are passed down by bloodline–typically through the descendants of the old heroes and saints, who are now nobility. The crests themselves are divided into “Major Crests” that have immense power and “Minor Crests”, which are weaker. Not all nobles inherit a crest and it is not understood when a major or minor crest is passed down.

Furthermore, as well as the crests, the Goddess also bestowed blessed weapons called “hero relics”. These are the rugged-looking weapons that usually have a crest stone embedded in them. Relics can only be wielded by those who possess the crest that corresponds to the relic. 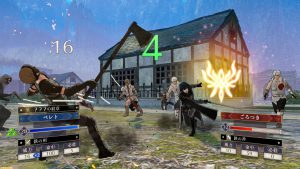 From what we know, crests can trigger certain effects during battle. Above, the protagonist activates his crest, which seems to restore HP equal to 25% of the damage dealt. In another screenshot, Felix seems to deal 5 extra damage. Both characters have major crests, which may not be a coincidence.

My guess is that crests probably replace the “Mastery” skills in previous games (such as Astra, Luna and Sol), which have a random chance of triggering in battle. It’s a bit early to tell, but all the skills we’ve seen so far are passives, which begs the question: where are the offensive-based skills?