The standard (retail or digital) versions of the game only allow you to play one campaign (Birthright/Hoshido or Conquest/Nohr). However if you desire a broader experience, you can purchase the other campaign as DLC for a discounted price.

To do so, you must choose the “Explore Paths” option, which is the bottom-left option in the main menu (before loading a save file). This same option also allows you to purchase the third campaign, Revelation.

Once you own more than one campaign, during the “Branch of Fate” in Chapter 6, you will be able to select which campaign you wish to play, from the ones you own. 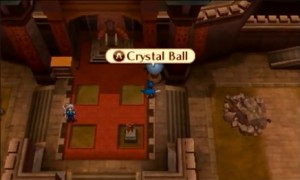 Bonuses: Those who own multiple campaigns can receive item presents by interacting with the Crystal Ball in My Castle and going to the “Bonuses” option.

Besides full-length campaigns, you can enjoy bite-size maps similar to Awakening’s DLC maps.

When they are available, you can access them via the “Dragon’s Gate” on the world map (available upon completion of Chapter 6).

To play your maps, pick the first option “Play DLC”.

Map Pack 2: You can purchase a pack containing the following seven DLC for 7.19 GBP or 7.99 EUR. Keep in mind that even if you pay for all of the DLC upfront, you can only play the DLC as they’re released.