Towards the end of April, 4Gamer posted an interview with the Fire Emblem development team, discussing the series’s development history and, of course, the current hot topic–this new game. 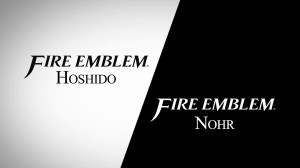 To begin with, Masahiro Higuchi (the assistant manager) explains the key differences between the Hoshido and Nohr campaigns, some of which was explained on the Japanese official site.

In Japan at least, the game is sold as two separate versions–“Fire Emblem if Hoshido” and “Fire Emblem if Nohr”–and the version you buy will dictate which campaign you play.

The Hoshido campaign is primarily aimed at fans who enjoyed the previous game, Awakening, and employs a similar system as Awakening’s world map, allowing players to train their favourite characters at their leisure.

On the other hand, the Nohr campaign is more challenging, with limited funds and experience. In addition, it will feature diverse victory conditions besides the usual “rout enemies” and “defeat boss”, like seizing a location, breaking through enemy lines, defending your base and maps with turn restrictions.

There are some elements that both campaigns share though, such as the Pair Up and Dual system from Awakening; speaking of which, these mechanics have received a lot of tweaking, so they feel fresh even for Awakening veterans.

Missions also feature many map gimmicks, possibly alluding to the Avatar’s “Dragon’s Vein” ability, which seems to have the power to modify the terrain of the battlefield. 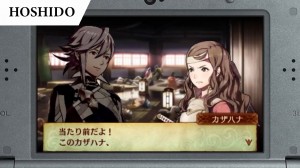 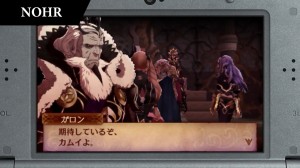 Next, Higuchi talks about the story differences. Of course, the story, maps and the player’s general experience will change depending on the campaign you choose.

But at the same time, they’ve designed it so that players will be satisfied just by playing through one campaign. Then when they play the second campaign, they may be surprised at the differences.

Hitoshi Yamagami (the group manager) adds that the Hoshido and Nohr campaigns were not designed to split the game for no reason. Although the first few chapters are the same, the rest of the game–5/6ths of the game–follows a completely different story.

What they intended was not to split the story, but rather make the player choose which side–Hoshido or Nohr–they want to ally with and create a story based on that player’s “what if”.

Even though the cast of characters is the same, players will see different sides to them depending on who you side with. On one side, they may be your ally, on the other they’re not; their story and actions won’t be the same. 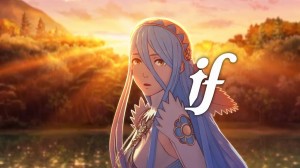 Yamagami reveals a bit more about how the two campaigns came about. Unlike Awakening, which was a “marriage” of the previous games’ best features, the idea for this game was to take the Arran and Samson choice in the first game, Dark Dragon and Sword of Light, to its extreme.

For those who haven’t played that game (or its remake Shadow Dragon), during one mid-game chapter, players have the option to visit one of two villages. Depending on which village they visit, they will either recruit Arran the Paladin or Samson the Hero, but not both.

The same concept was magnified for this game, in that you essentially start the game with this kind of choice, except you’ll be picking a lot more than just one character. 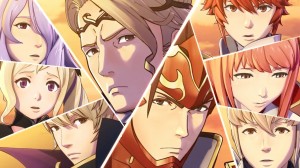 When this idea was suggested to Higuchi, he liked the idea of choosing between your homeland (Hoshido) and the land that raised you (Nohr), but suggested the idea of a third campaign–the “third path” DLC, which will be released after the game comes out.

At the time, Higuchi jokingly said “why would I choose to tighten my own noose?” (referring to choosing one of the sides, since the other side would naturally consider you an enemy) and “let’s be interesting and not side with either!”

And so, the development team were tasked with creating not one or two, but almost three different games. Fortunately, they had plenty of time after Awakening to work on such a large-scale project as this. 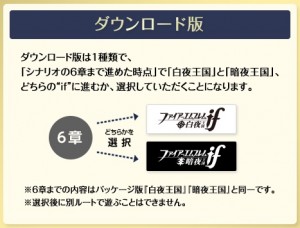 Moving on, 4Gamer asks about how the download version of the game works.

As explained on the official site, if you purchase the download version, you will be asked to choose between the Hoshido and Nohr campaigns during Chapter 6. After that, your choice will be locked, or at least until you buy the other campaign as DLC (just like the packaged version).

Originally, it was assumed that the content for both campaigns was already contained in the download version, since only one download version exists, and that an in-game lock would prevent you from playing the other campaign.

What actually happens is that players who buy the download version can play all the way up to Chapter 5, but after that, they must download the Hoshido or Nohr campaign to continue. Since they’ve already paid for the game, the first campaign can be downloaded for free.

Furthermore, if you buy both campaigns and want to jump from one campaign to another, you don’t necessarily need to start from the beginning. If the game detects a completed Chapter 5 save on your 3DS, you will be given the option to start either campaign from that point instead. 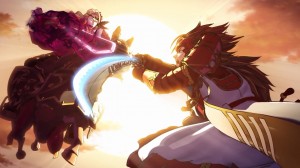 Still on the subject of campaigns, the development team talk a tiny bit about the planned “third path” DLC. Of course, since it’s DLC, it isn’t included with the game data and needs to be purchased separately.

From the team’s impressions, the difficulty of this campaign is halfway between Hoshido and Nohr; in fact, players who started with Hoshido should be able to handle it.

Speaking of difficulty, those who wish to experience the story of the Nohr campaign, but are worried about the game being too difficult needn’t worry because there will be the option to change the difficulty mid-game.

To finish off, when asked whether there will be any communication between the two games, Higuchi confirms that the games will feature StreetPass communication, like Awakening and says to look forward to the various perks.