Today, the Fire Emblem Warriors Twitter posted another action-packed trailer, this one featuring all the currently-revealed warriors from Awakening.

The trailer is advertised as “number 1”, so presumably there will be similar trailers for the Fates and Shadow Dragon cast.

Moving on, Warriors will be coming to TGS (Tokyo Games Show) in Japan between 21st to 24th September. Of note, it will be showcased on Koei Tecmo’s main stage and livestreamed on Niconico on all four days.

According to the stage schedule, there will be announcements of new hero(es) on the 21st and 23rd. Various voice actors, such as for Marth, Xander and Lianna will be present. The other days will feature gameplay and other new information. 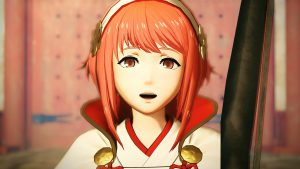 Following the release of this week’s Famitsu, the game’s official Japanese website has updated with profiles for male Corrin, Elise and Sakura, as well as screenshots of the badge/emblem and forging systems.

The gameplay elements are covered in greater detail in Famitsu itself, as well as various other Japanese gaming publications, such as 4Gamer. Here’s a detailed breakdown of all the new gameplay reveals. 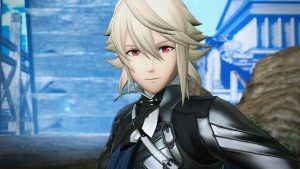 Male Corrin: Has the same attacks and abilities as female Corrin. His female counterpart is advertised as appearing in the main story, which essentially confirms he won’t be appearing in Story Mode, in a similar situation to female Robin. It looks like he can be obtained by clearing one of the time attack/bonus modes. 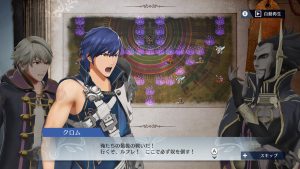 History Mode: Lets you move around on a 2D map based on events from the original Fire Emblem titles, such as the battle with Validar in Awakening or the final battle with Gharnef in Shadow Dragon. Like Story Mode, all the dialogue is voiced. Attacking a foe may trigger a Warriors-style battle.

In the first screenshot, with Chrom and Robin confronting Validar, we can see Validar’s map sprite by the throne, just like in the original game. However, in the Thabes map, where Gharnef should be, Gharnef himself is curiously missing–and Marth is there instead. 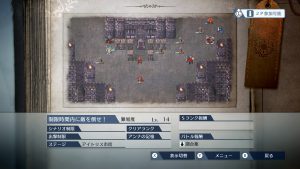 The text in the pre-battle screen is quite interesting as well. The objective is to beat the map within a time limit. There can be restrictions, such as the number of units and perhaps some units may be banned. There is also a score rank and the possibility of getting an “Anna’s Memory”.

Despite looking like Thabes, the stage itself appears to use the Streets of Aytollis backdrop. Clearing maps can earn you standard rewards (such as a Concoction) and S Rank rewards (none listed for this map). 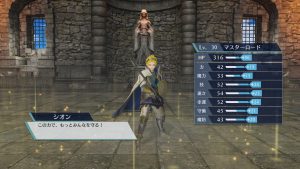 Class Change: Requires a Master Seal like in other Fire Emblems. Upgrading to a new class can increase the number of accessible badges, boost stats and change the character’s attire. Sadly, it seems Rowan wielding a lance after promotion was a false alarm. 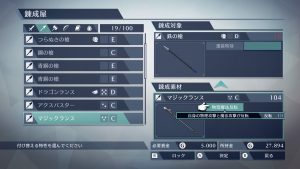 Forging: Weapons can have various properties and these properties can be swapped around between weapons–for a price. The screenshot shows the player transferring the Invert Physical/Magical property (switches the user’s physical damage to magical damage and vice versa) from a Magic Lance to an Iron Lance.

The Iron Lance already has the Effective vs Armour property, perhaps from a previous forge, so weapons can have multiple properites at one time. No limit was mentioned, but from the menu, it seems you can stack quite a lot of properties, potentially up to 8 assuming they can fill the window (and without scrolling). 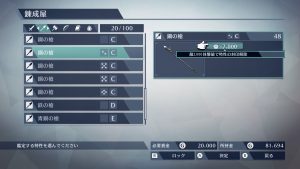 Appraisal: Some weapons may come with sealed properties when you obtain them. By clearing these seals, you can unlock new properties. For example, the Steel Lance requires the character to defeat 2000 enemies. Doing so will unlock a property that fills the Musou Gauge after 300 KOs. Appraising weapons seems to cost gold as well.

Weapons include Heavy Spear (effective vs Armour), Steel Lance, Bronze Lance, Dragon Lance (effective vs Dragon), Axereaver and Magic Lance. As with Fire Emblem, weapons have ranks, which begin from E and go up. So far, it seems weapons only have attack stats, which makes sense since attacks probably can’t miss–and they can’t passively trigger Critical Hits. 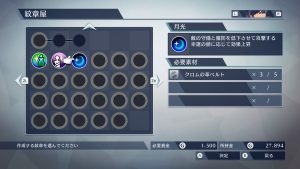 Skills: These can be learned by gathering materials found by defeating enemies etc. Chrom’s Luna ignores part of the enemy’s Defence or Resistance and its effect is increased with Luck. This may suggest it’s not a skill with an activation rate and a passive instead. Or perhaps the activation rate is Luck.

As reported earlier, characters can learn skills from others if they build a deep bond. Characters can equip 3 skills at one time, but we wouldn’t be surprised if this increases to 6 later on. Learning skills also requires gold on top of the aforementioned materials; Anna sure is a penny-pincher! 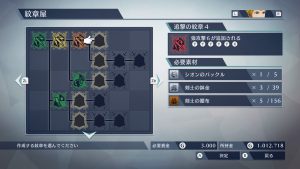 Badges/Emblems: These are similar to skills and also require materials from defeating foes and gold. Unlike skills, you need to follow a progression path, which can branch out. The highlighted badge is Rowan’s Pursuit Emblem 4, which adds a 6th strong (X-button) attack at the end of a 5 Y-button chain.

That’s all for now. It looks like TGS is where we’re getting our next big info dump–and just before the game’s Japanese release as well. Of course, it’s still possible for some news to drop between then and now. We’ll just have to wait and see!