I just joined the team here at Serenes Forest with goals to maintain the front page news, but had hoped to find a few ways to go one step beyond my expectations. With the help of voice actor Kyle Hebert, it looks like I will be able to do just that! 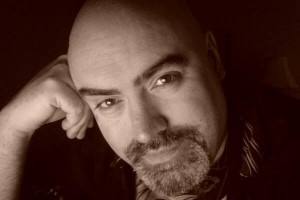 Recently, Kyle Hebert responded to my request for a brief interview, and I was overjoyed at his enthusiasm. For those who aren’t aware, Hebert a very talented and popular voice actor. He is probably most known for his voice work in Dragon Ball Z as the Narrator and as Teen Gohan, but has dozens of other anime and video game roles under his belt. How is he relevant to Serenes Forest? Hebert happens to be the voice actor for both Frederick and Validar in Fire Emblem Awakening.

Chris Offner (E): What are some of your favorite things about being a voice actor?

Kyle Hebert (KH): I get paid to have fun (though not nearly as much or as often as one might hope).  I get to live my dream and do something I love and pay the bills, travel the world and meet the most awesome fans.  I get to immerse myself in a world I was a fan of since childhood.  I get to learn that my work doesn’t merely entertain some, but some are truly touched or inspired, whether they are in a dark place or just need a little hope.  That’s an incredible feeling.

(E): I’m certain that your time as the Narrator and as Teen Gohan for Dragon Ball Z was among some of the most exciting for you, but with your extensive resume, what were some of your other more memorable roles?

(KH): I loved being Ryu in Street Fighter because it’s such an iconic gaming character.  My association with that character is what ultimately led to being cast by Disney in “Wreck-It Ralph” for a brief cameo.  I’ve wanted to be in a Disney animated feature since I was little.  Another role that has meant a lot was Kamina in Gurren Lagann.  His motivation and inspiration to Simon made him stand out in the best possible way?

(E): Do you have any work that you’re exceptionally proud of, but feel as though has become overshadowed by more popular franchises?

(KH): I personally loved being Yensen, in the Iron Man anime.  It was a cool deviation from the character in the live action films (the scientist who helped Tony in the beginning of the first film).  The anime takes him a very different direction?

(E): You’ve done a ton of anime dub work and quite a bit of game dubbing, too. How does that compare to doing voice acting for video games?

(KH): With anime, the finished product is on screen.  Anime pay is atrocious despite it being the hardest type of voice work to do.  With games, the animation is still in development so its mostly staring at a script or Excel spreadsheet generated on an iPad or TV.  Games pay a lot more.  Game dialog is usually seen out of context.  Fight sounds and death screams are saved till the end because it runs the risk of killing the actor’s voice.  Anime and games record actors solo due to technical limitations (needed to either match video lip sync or match audio timing).

(E): I should probably shift the topics back to where I’m from, otherwise I’ll get carried away and just start shooting the breeze. How did you end up getting involved with the voice work for Fire Emblem Awakening?

(KH): I had done other game projects with that particular studio many times previously.  I came into the studio and auditioned for several characters, and was cast a few weeks later in the roles of Frederick and Validar.

(E): What was it like doing the voice work as Frederick in Fire Emblem Awakening?

(KH): Any time I step into the booth, I am grateful for the opportunity to bring characters to life, whether they are a main role or a bit part.  I had no idea “pick a god and pray” would become such a huge catch phrase!

(E): What about Validar? Was it difficult to make a transition from such a serious role to such an evil one for the same game?

(KH): I was first told to give him a slight Hispanic accent.  Problem was after a take or two of the first lines of dialog, I realized that it sounded like Puss-n-boots.  Everyone in the booth cracked up and said, “okay, never mind, lose the accent.”

(E): Did you get to play the game after doing voice work for it? What did you think of the game and the characters that you “are”?

(KH): The game is still in development when the voice work is recorded so no early beta access or anything.  I did finally download a copy off of Nintendo’s e-shop after autographing many fans’ special edition 3DS.  I’m normally not into rpgs as a gamer, I prefer fighters, shooters, etc.  But after getting a hold of the game, I gotta say I see why it was a smash hit.  Definitely a lot of fun.

(E): There are two new Fire Emblem games called Fire Emblem Fates (already released in the west) and Genei Ibun Roku #FE (slated to release in Japan on 12/26/15). Since you were a voice actor for a key character in the previous installment in the series, are you doing voice work in either of these new games as well?

(KH): I have not been approached to voice anything in these titles, nor do I know about them being licensed to be recorded in English.

(E): Is there anything else you’d like to add before wrapping things up?

(KH): Thanks to all the fans worldwide.  You make my job possible.  Thanks for watching the shows and playing the games.  Your loyalty and passion is sincerely appreciated throughout the industry!

There you have it; a little insight on the life of a Fire Emblem voice actor.