Hello, friends of Fire Emblem. This is Elieson, and I’ve got an announcement for you. A good friend of mine and beloved voice actor & music director, Greg Chun is finally prepared to debut his livestream, and I figured I’d share it for ya’ll.

Who is Greg Chun?

His talents include being the voices of but not limited to these many-a-character, including the Fire Emblem Ike, Ephraim, Lukas, as well as Judgment’s Yagami Takayuki and much more than that. I personally am quite fond of his ASMR, featuring a recent dedicated ASMR video, and his infamous ASMR-rific cheesecake recipe reading. Additionally, Greg was the music director behind the famous Super Mario Odyssey “Jump Up, Super Star!” song as well as the Super Smash Bros. Ultimate “Lifelight” song, so he’s a trusted and talented director.

What’s he streaming, and when?

His debut stream is going to be on Sunday, July 5th, from 8p-10p PT, and he’ll be streaming Game Music Composition, helping music lovers and music writers learn and refine the techniques behind making a moment more memorable through the power of music. Taking input from viewers, he’ll put out live polls and write music that tells a story of what _you_ want to happen, showing how to “set the mood”, as it were. His continuing series of streams will be showing how to do this in a variety of programs, including Garage Band, so you’re certain to get something out of this.
As said above, he’ll be continuing to stream, so if you’d like to follow along with his endeavors, or if you want to socialize with him and his many Chunderlings (myself included), follow him on Twitch, and join the Chunderworld Discord server to say howdy once in a while!

How can I visit his sites, and be part of this going forward?

Lastly, to continue the support of Greg, and the voice acting community as a whole, you may see me showcasing others in the Fire Emblem’s voice acting community, as I have with artists, by sharing some light on upcoming events and new talents, sharing some social media links, and above all, just bringing some positivity to the people that help make our beloved franchise that much more special for us as players. I already have quite a few in mind, but if you know of anyone that you feel deserves some spotlight treatment, let me know and I’ll do my part to make sure that they get some!

That’s right, Summoners; Seliph: Scion of Light is finally going to be one with the Legendary Heroes list. He comes as a Red sword Cavalry unit, blessed under the Earth affinity and with the Duel blessing bonus.

Included in this banner of course, will be 11 other Heroes available at an 8% focus summoning rate, including:

Legendary Seliph’s skills will include the already-known Ignis, Distant Counter and Joint Hone Def, but he also brings his unique B-skill Holy War’s End, as well as his own enhanced personal weapon, Virtuous Tyrfing.

Denizens of Serenes, if you recall the past couple of years, then you might remember the collaborative Team FE Extra Life charity livestream event. We didn’t plan one for 2019, mainly because Fire Emblem’s 30th anniversary was right around the corner, but we’ve got it figured out and well, it’s kicking off today! In exactly 1 hour, come join us on Twitch (twitch.tv/rFireEmblemHeroes) in welcoming Fire Emblem’s big 3-0!

If you have no idea what I am talking about, then listen up! Myself and others here at Serenes Forest, as well as Reddit’s r/fireemblem and r/FireEmblemHeroes, have teamed up again to create TeamFE to raise money for Extra Life, which helps support Children’s Miracle Network Hospitals across the U.S. November 3rd is Extra Life’s official “Game Day”, which we ran during last year, but after seeing the positive input from both participants and viewers, we decided to throw that one day idea out the window, and come back harder, with two days of Fire Emblem, spanning across April 19 and April 20. As mentioned above, our first day kicks off super in just about 1 hour!

Today, we’ll be joined by Christian La Monte (voice of Seliph, Roderick, Ignatz), Jenny Yokobori (voice of Eleonora, Elice), Morgan Berry (voice of Altena), Deva Marie (voice of Flayn) and possibly others as they crash the scene for good times! We’ll also be showcasing gameplay from two big names in the Fire Emblem gameplay community, Kirbymastah and Gwimpage. What are we bringing? Two awesome Fire Emblem games, a radical art block featuring art drawn by qualified fan artists (does HellyonWhite ring a bell), as well as the VAs themselves, and finally, a party games block with Jenny and Morgan that even you can play along with. 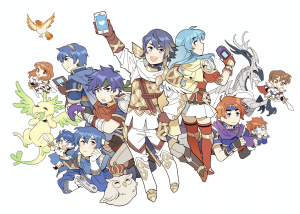 What about the 20th? We’re still ironing out a few things, but I can assure you that there will be quite a bit of voice actor presence. Joe Zieja will be hosting his Deer Abbey event, which will most certainly come with another FE VA guest or two, and after that, we’ll join Super Smash Bros all-star Nairo with guest appearance by Yuri Lowenthal!

END_OF_DOCUMENT_TOKEN_TO_BE_REPLACED 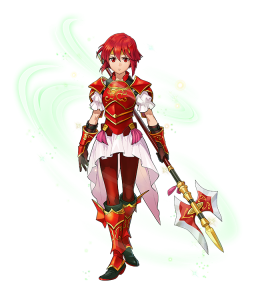 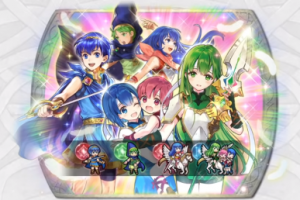