Update: There has been a mistake. Despite Famitsu saying the DLC releases tomorrow (22nd March), it will actually come out on 29th March 2018.

Via this week’s Famitsu, we have details on the upcoming Fire Emblem Warriors Awakening DLC Pack, which finally has a release date: tomorrow.

Thanks once again to Black Kite on Twitter for most of this info.

Olivia is the star of the DLC this time, using a unique fighting style. This DLC pack is similar to the previous pack in that it features one new play style and two clones of existing movesets that didn’t have clones at first.

It can probably be assumed that Olivia will share Azura’s refresh ability. However, how exactly she fights is kind of a mystery besides this one screen here; expect something graceful though. Also, her personal skill is Galeforce, which raises the Awakening and Warrior gauge each time a strong enemy is defeated.

Tharja is next, and from what we know of her, she’s a Robin clone that I’m guessing specializes in the HP and Magic stats very heavily. She might even have good defense since Dark Mages in Awakening were pretty tanky. 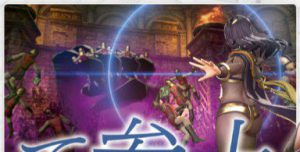 Tharja has Destruction Pact as her skill. When equipped, it gradually decreases the user’s HP as time passes. In exchange, the lower the user’s HP, the higher their attack power. 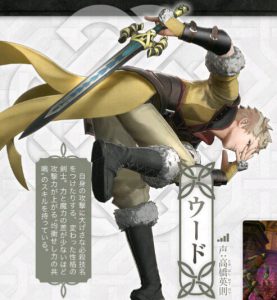 Owain–the wielder of Missiletainn–is next. Like Navarre before him, he’s a clone of a pre-existing sword user, namely Ryoma. His stat-line is likely going to be a balanced mixed so he can probably use his Magic stat for something. 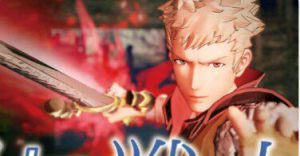 Owain has Balancing Resonance (a very loose translation), which increases attack power the smaller the difference between STR and MAG stats, which characters like Celica will greatly benefit off of. 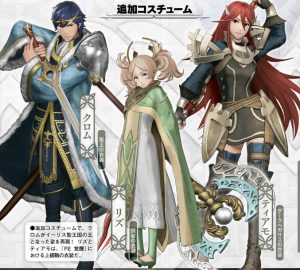 The DLC costumes this time around are Exalt for Chrom, Sage for Lissa and Dark Flier for Cordelia. By the way, Chrom’s Exalt costume is based off one of his Cipher cards, similar to Ryoma and Xander’s promoted costumes.

A brief tease of the broken armors. 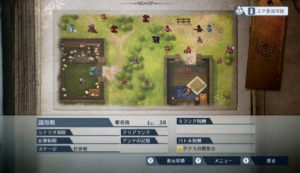 We only got to see one of the three new History Maps and it’s based off “Scion of Legend”, Owain’s Paralogue from Awakening unsurprisingly. 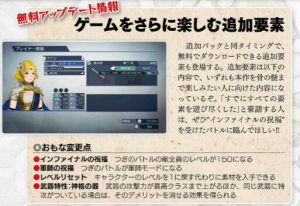 Independently of the DLC pack, will be a new (free) patch that adds the following features.

We also get Strategist’s Blessing, which entirely changes how the game plays when activated.

Your controlled character can’t deal damage but other allies will fight much better in return. So all you can do is just to give orders, just like a normal strategist.

Prepare yourselves for this DLC tomorrow! Don’t forget to use those material grinding maps to get more sword and tome materials!