A rather special event is coming to Super Smash Bros. Ultimate on Switch within the next few days: Fire Emblem Fest! 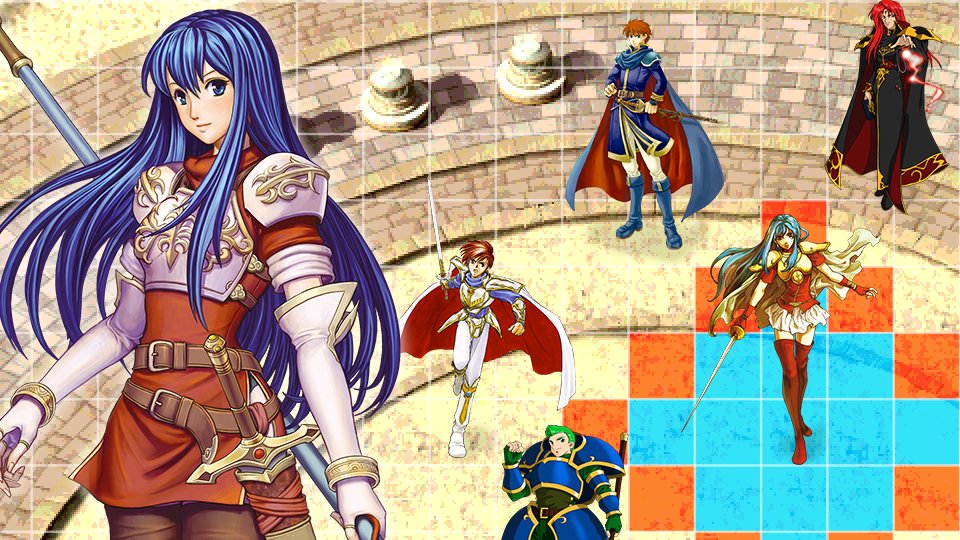 In Part 1, Legend-class Caeda and Azura, as well as Ace-class Eliwood and Eirika, will be set to appear at least twice a day at specific times throughout the event! Click “Read more” to view the information.

Remember that Spirits ranked Ace and below swap out every 5 minutes, with Legend ranks lasting 15 minutes. Check in on the Spirit Board at the times above, because after their time’s up, they will be gone until their next scheduled appearance or until their next random appearance.

The following list of Spirits will also show up more frequently on the board at any time throughout the event, so check back frequently to the Spirit Board if you want to pad out your Fire Emblem Spirits collection!

Side note: To completely unlock a Spirit, you must first defeat the character they possess in battle, then you must successfully time a shot at the character through the gaps of a rotating shield. Failing to shoot through the shield just means that there will be less shield to hit on your next encounter, so there’s no pressure to get it right first try.

The notification also states that there is a Fire Emblem Fest – Part 2 planned for “next month.”