The update we previously posted about here has now arrived! This post will also contain details on the latest weapon refines. Don’t forget to update your game via Google Play/App Store, etc.

Before we get into re-posting what was in the previous Heroes update notification post, here’s that new info:

Dark Aura (Linde & Delthea PRF)
Mt: 14, Rng: 2
At start of turn, if adjacent allies use sword, axe, lance, dragonstone, or beast damage, grants Atk+6 to those allies for 1 turn.
Refine: If unit is within 2 spaces of a sword, lance, axe, dragon or beast ally, grants Atk/Spd+5 to unit during combat. 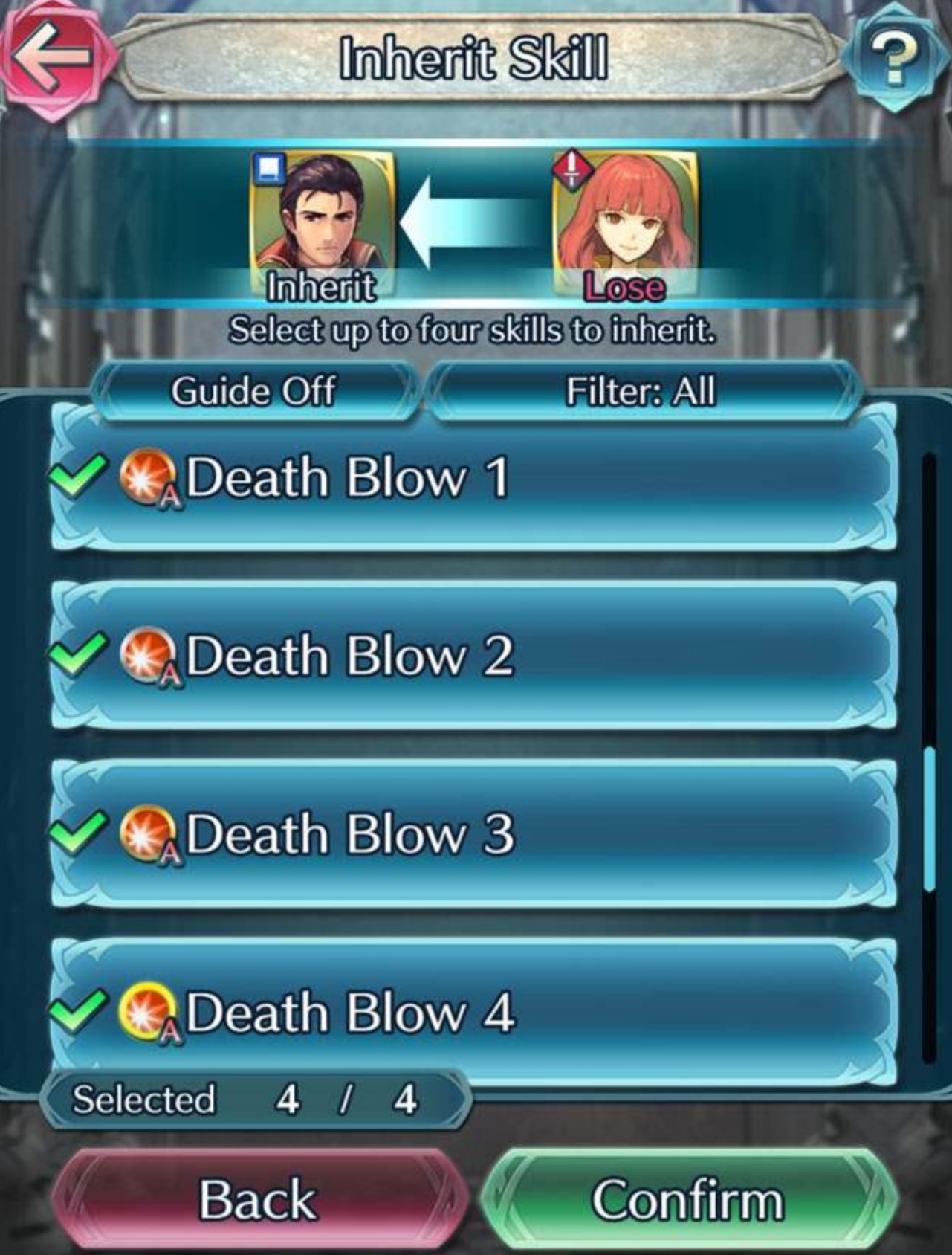 We will now be able to inherit 4 skills via the Inherit Skill feature. Much better for skills with 4 levels of upgrade, such as Death Blow 4 in the example image above.

The next best thing? It gives us more leeway in being able to inherit several 5-star-only skills without needing to Inherit Skills from so many units. Using Brave Celica as an example once more, we will only need to use one 4-Star Klein to inherit Death Blow 1-3, then from Brave Celica, we can take Death Blow 4 along with Night Sky, Astra and Galeforce (assuming the receiver is melee) without having to take Astra from a third unit. There are undoubtedly many more – and better – possibilities unlocked with the extra Skill Inheritance slot.

Within Aether Raids, Dark and Anima effects help reduce the number of Lift lost when your defenses fail. This effect will be strengthened with this update.

The equation for lift loss reduction has been changed from:
Mythic Heroes (Max: 2) x the number of Heroes with the blessing conferred x 4.

To:
Mythic Heroes (Max: 2) x the number of Heroes with the blessing conferred x 5.

This will take effect on the Aether Raids season starting from the 12th of March, 7:00am UTC.

You’ll now be able to summon 4-Star copies of Naesala: Sky’s Shadow and Camilla: Steamy Secrets with your Heroic Grails. If you’ve been holding back your Grails for either of these units, the wait is now over.

Changes to the Equip Seals screen. 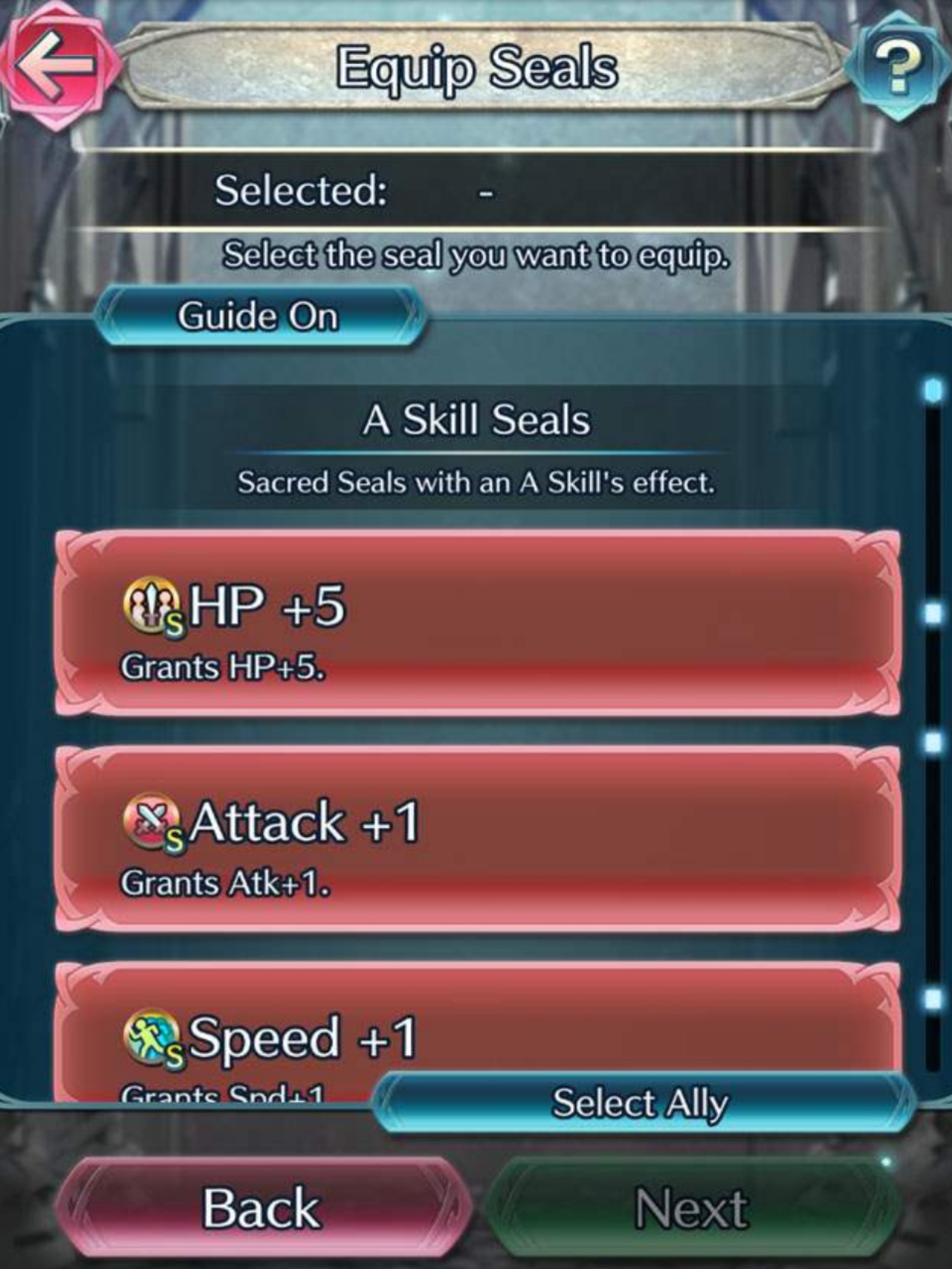 Sacred Seals are now sorted into categories and colour-coded, based on their regular slot position (A, B, C, and Exclusive). The Scroll bar highlights where each category begins.